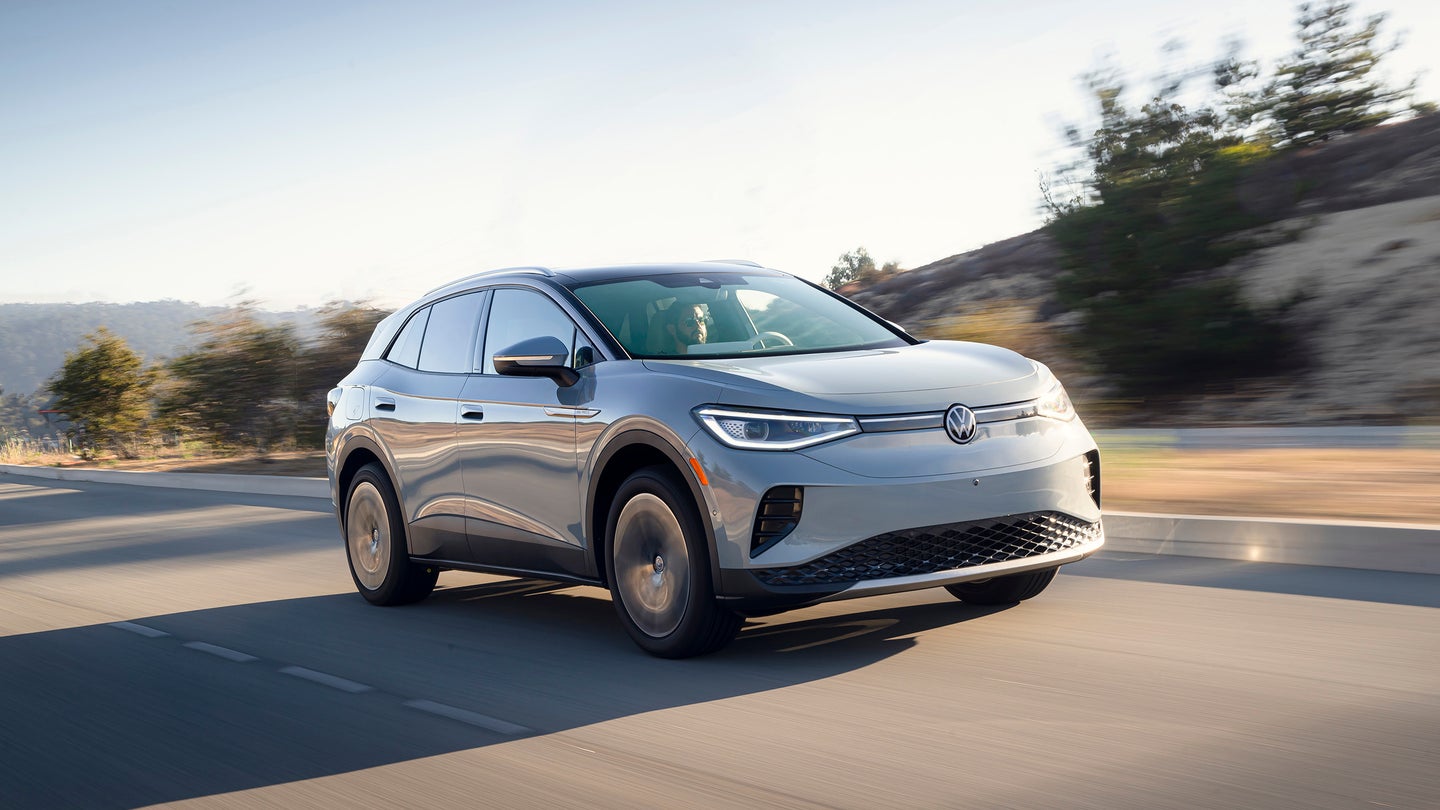 The Chattanooga, Tennessee-built 2023 VW ID.4 will cost $38,790 after mandatory destination fees but before applicable federal and state incentives, the automaker announced this week. That makes it priced less than the 2022 version, but also with a reduced range.

Specifically, that’s $3,735 less than the 2022 ID.4, but there are important notes to make. Notably, the rear-wheel-drive base ID.4 will have roughly 208 miles of range, according to VW. That’s 67 fewer miles than the 2022 base version, which was equipped with an 82-kWh battery compared to the 62-kWh base battery in the 2023 version. It’s also perilously close to the $30,000 “affordable” EV range, although shoppers who’d presumably qualify for a full federal tax credit may not need the “cheap one.”

Both 2022 and 2023 base ID.4 models are powered by the same 201-horsepower electric motor on the rear axle only. At 208 miles of estimated range, the 2023 VW ID.4 won’t be the EV with the shortest range on sale—but it won’t be far off. The Mini Cooper SE EV rates much lower at 114 miles, and the Mazda MX-30’s 100 miles is still a head-scratcher. (There are versions of the Porsche Taycan, Audi E-Tron, and Nissan Leaf that rate lower.)

There’s good news next year, however. The 2023 ID.4 gets a standard 12-inch touch screen for infotainment and synthetic leather upholstery, compared to last year’s cloth and 10-inch touch screen.

Bumping up a trim level from Standard to Pro adds $5,000 to the 2023 ID.4’s base price and 67 miles of range back to the crossover’s battery pack, up to 275 estimated miles. It’s not a straight apples-to-apples comparison between 2022 and 2023 versions; opting for a larger touchscreen in 2022 required an ID.4 Pro S that had less range at 262 miles and other features. A 2023 ID.4 Pro costs $43,790, including destination and excluding applicable incentives. All-wheel drive adds $3,800 to that price and pairs the larger 82-kWh battery with a front motor rated at 107 hp.

Of course, the two perks that’ll likely intrigue EV shoppers are the three years of included 30-minute charging sessions at Electrify America charging stations (provided they work) and a manufactured-in-the-U.S. VIN code that may come in handy, depending on what version of the EV tax credit passes Congress.

The 2023 VW ID.4 will arrive in the fall, with Tennessee-built models making their way to showrooms later in 2023.