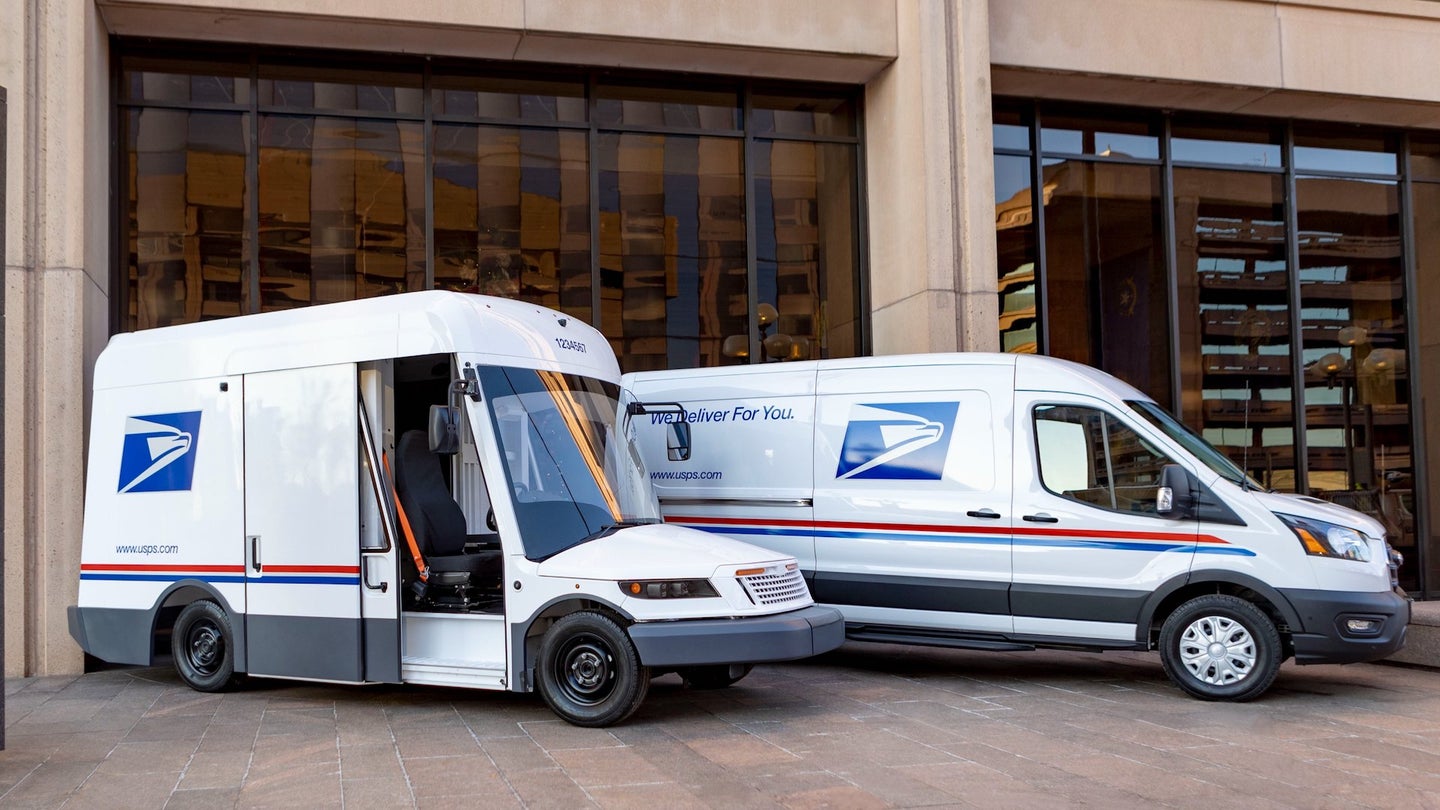 The United States Postal Service expanded the scope of its electrification efforts by increasing its order of Next Generation Delivery Vehicles, with the majority now electric.

In a statement Tuesday, the USPS said it would increase its minimum order of Oshkosh Defense-built NGDVs from 50,000 to 60,000, of which 45,000 will be electric. Previously, the Biden administration admonished the USPS for making EVs a tiny component of the procurement order, at just 10%. Now, all NGDV deliveries will be electric starting in 2026, and the USPS expects to have 66,000 EVs in action by 2028. The remaining 21,000 will be comprised of commercially available EVs, which will be selected based on availability, suitability, and place of production, with domestic models taking priority. That could mean using the Ford E-Transit electric van, which is produced in Kansas City.

The USPS’s modernization scheme was expanded by the Inflation Reduction Act, which added an extra $3 billion to the program to $9.6 billion. The USPS said it will explore complete, fleet-wide electrification and find other ways to adjust logistics to reduce carbon emissions. Additionally, the White House announced that the USPS would support its EV fleet by installing tens of thousands of charging stations across “hundreds” of USPS facilities.

The USPS expects it will continue to rely on internal combustion-powered vehicles in the short term, which it will use as s stopgap as it replaces its aging fleet of over 220,000 vehicles. It plans to acquire 106,000 vehicles total between now and 2028, updating what’s currently the largest and oldest fleet maintained by the federal government. Many USPS vehicles are so old that they lack basic comforts, such as air conditioning. Their replacements will therefore be welcomed by members of the USPS when they enter service in late 2023.

The post US Postal Service to Buy 66K Electric Trucks by 2028 After Initial Backlash appeared first on The Drive.