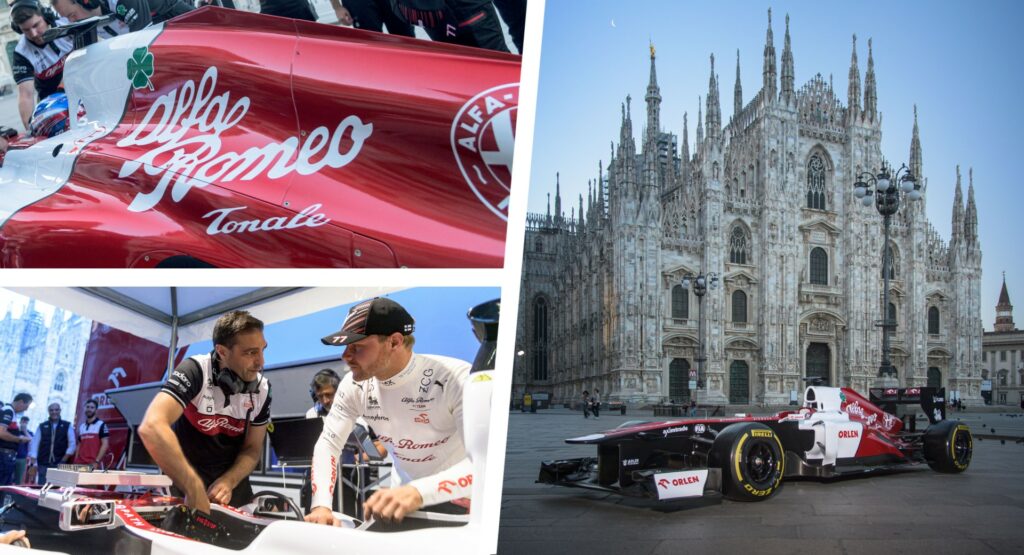 Alfa Romeo thought of a different way of celebrating its 112th birthday, bringing an F1 single-seater to Milan with Valtteri Bottas behind the wheel.

The Finish driver who has signed a multi-year deal with Alfa Romeo Sauber drove in the streets of downtown Milan in the early morning hours, waking up the citizens with the sound of its engine and squealing tires. In a short video posted by Bottas on his Instagram account, we can see the F1 doing donuts on a closed section of a public road. The tour started in the Piazza Duomo, and passed from Piazza San Babila, Porta Nuova, the Central Station, and the City Life district before arriving at Gattamelata.

Also Watch: Fitting A Road Car With F1 Tires Isn’t As Good Of An Idea As You Might Think 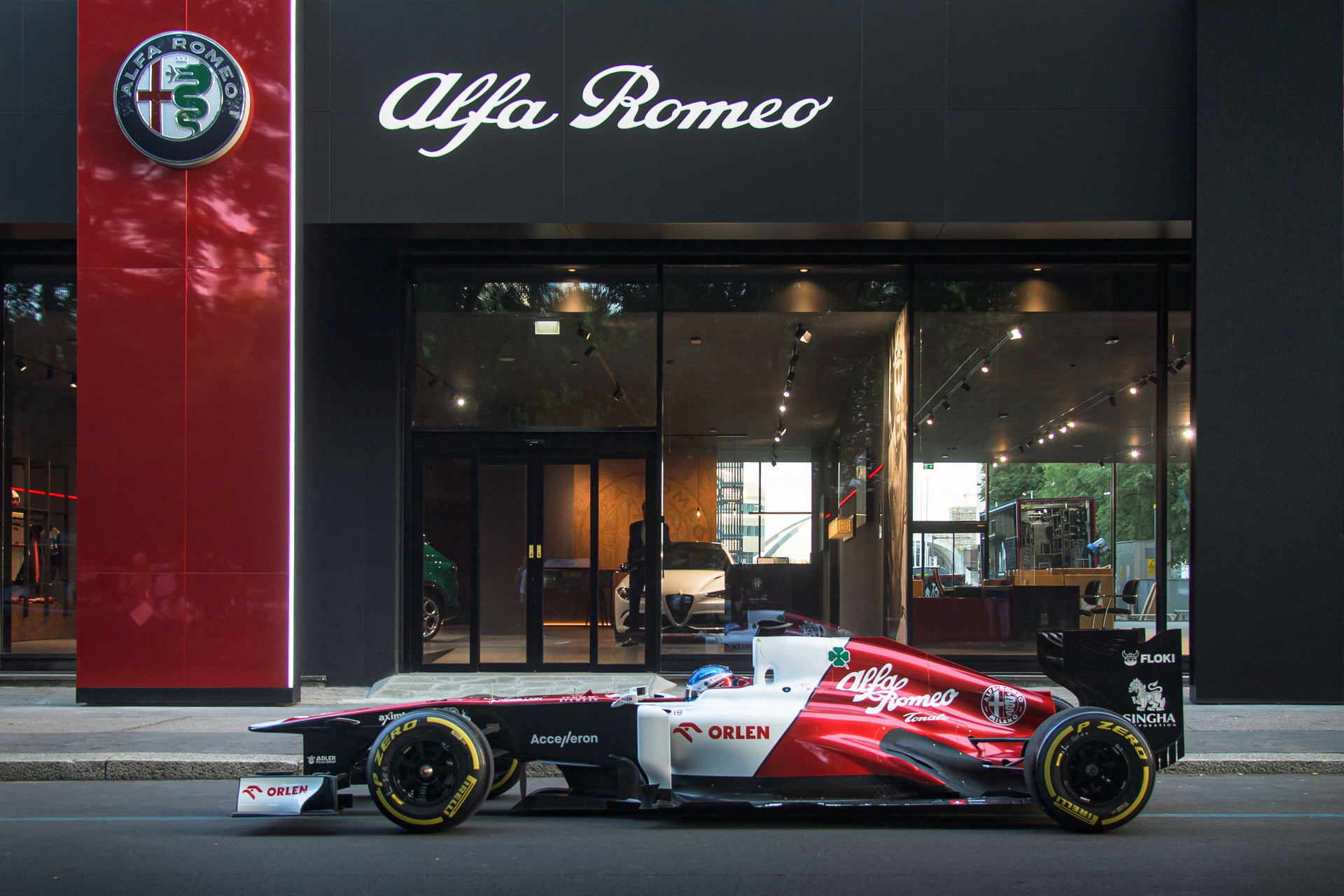 The final destination – Gattamelata – is where Alfa Romeo had its first production site called Portello. Currently, it is the home of Alfa Romeo’s new flagship store, and what a better way of advertising it than parking an F1 car in front of its doors. The single-seater was not the Alfa Romeo Sauber C42 that is racing in the 2022 F1 season, but a much older Sauber C32 from 2013, retrofitted with the current livery for the occasion.

The Italian brand was founded in Milan on June 24, 1910, under the name Anonima Lombarda Fabbrica Automobili (Alfa). The first car produced by the company was the 1910 Alfa 24 HP, with the full Alfa Romeo name first appearing in 1919.

Besides taking the F1 for a spin in Milan, Alfa Romeo also organized an owners’ and fans’ gathering outside the Arese Museum in Italy, with a special exhibition paying tribute to its Clubs from all over the world. The event will take place from Friday, June 24 to Sunday, June 26, when Alfa Romeo will celebrate the 60th birthday of the Giulia.