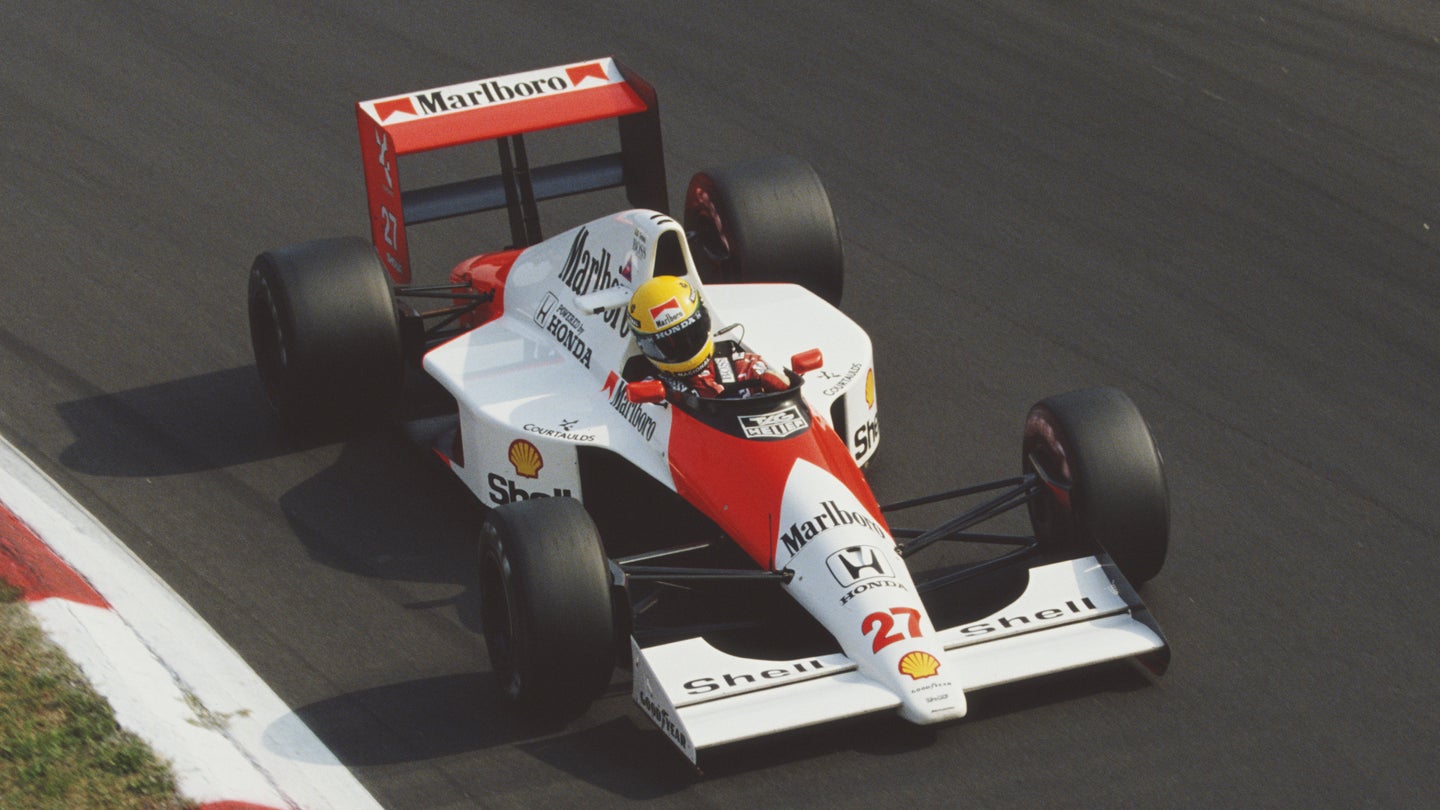 An epic roster of metal, including high-performance cars and vintage race cars, will make their way Oct. 14-16 to the 2022 Velocity Invitational at WeatherTech Raceway Laguna Seca.

Similar to the Goodwood Festival of Speed and the Adelaide Motorsports Festival, the Velocity Invitational will feature both static displays and on-track action. For three days, Laguna Seca will host to a cavalcade of historic races, featuring IMSA GT cars, 1950s sports cars, and even a 1960s battle between Minis and Mustangs. Former race cars, F1 cars, and other special vehicles will get out on track for demonstrations, too.

McLaren is one of the biggest names in motorsports and will be represented by six of the team’s race cars. Ayrton Senna’s McLaren MP4/5B-07 will be there, the car in which he won the 1990 Formula 1 World Championship. The MP4/2B-3 that Alain Prost won the 1985 championship also will be on display. Several examples of the legendary McLaren F1 will also be at the show, including the McLaren F1 GT12R that competed in the 1996 Le Mans 24 Hour.

The Dirtfish Rally School also will bring six fine automobiles to the show. The Group B era will be represented by the gorgeous Lancia Rally 037 along with that classic jelly mold monster, the MG Metro 6R4. Dirtfish will also bring a collection of several Subaru Imprezas and a Peugeot 206 WRC car. Even better, those cars will be piloted by skilled rally drivers Alister and Max McRae, members of the same storied Scottish rally family as 1995 WRC champion Colin McRae.

Hypercars at the festivities, too, and not just the usual suspects. The Hennessey Venom F5 Coupe and Roadster will be present, following on from the Roadster’s debut earlier this year at Monterey Car Week. It will be joined by the Czinger 21C V Max, which boasts 1,233 horsepower from a hybrid drivetrain and a zero-to-60 mph time of just 1.9 seconds. The Zenvo TSR-S will also attend, showing off its signature active aerodynamics, including a wild pivoting rear wing.

It’s set to be a cracking event with more racing pedigree than you can shake a stick at. It’s not often so many special cars all converge on one location, so if you’re in the area, don’t miss out.