VW ID. Buzz Van Is Getting A Performance ‘GTX’ Version 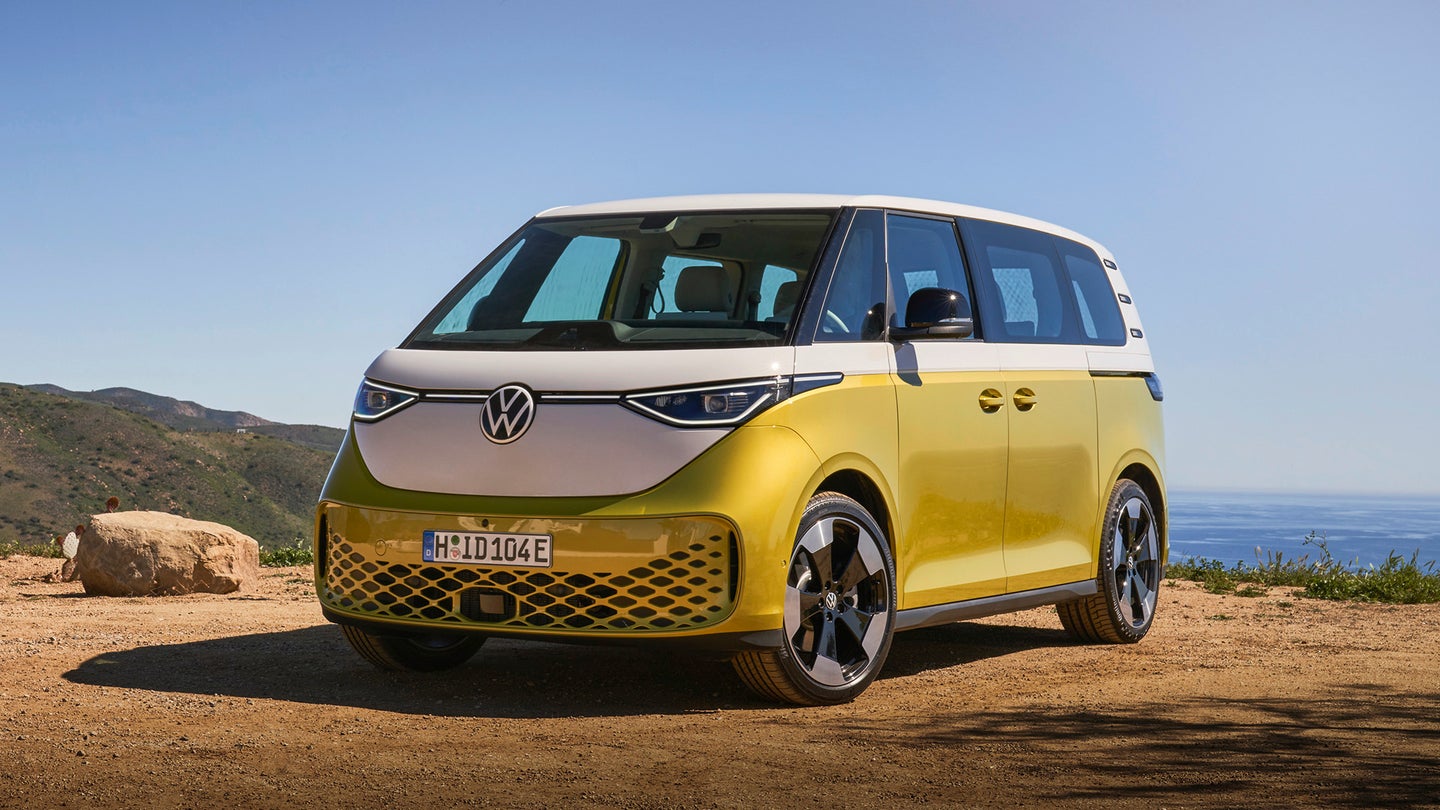 Volkswagen announced last year that it would be doing full sport versions of the ID. 4 and ID. 5, which is fun and cool but not nearly as fun or cool as announcing Thursday that they’ll make a GTX version of the ID. Buzz.

When The Drive reviewed the ID. 4 last year, the main frustration was genuinely terrible infotainment with bad menu options. So it’s good news that the GTX line is getting a boosted tech, along with two motors to deliver 220kW of power across the front and rear axles. Driving dynamics will be improved and new software for both route planning and charging will (hopefully) give the cars a more all-around sporty feel.

VW’s also promising the GTX black and red trim across all the versions, and to properly establish these cars in the GTX range. What might be surprising is that (in the countries where you can get them already) nearly 40 percent of ID.4 and ID.5 purchasers are opting for the GTX line already.

Buried fairly far down in the announcement about lovely new trims for the GTX line, there is a quote from Silke Bagschik, head of sales and marketing for the ID family, that delivered the good stuff. “The success of the ID.4 GTX and ID.5 GTX confirms our strategy of positioning the GTX brand independently. Both models in their respective series have installation rates of almost 40 percent. We will continuously expand this brand and offer a GTX variant for every ID model in (the) future—from the ID.3 to the ID. Buzz,” she said.

Right now, the only electric VW you can get in the U.S. is the ID.4 (although that’s set to change when the ID Buzz arrives) but there might be a lower risk in expanding the range if the option was for GTX versions. We can hope.

That said, VW closed orders for any of its EVs last month because the books were full. So although VW said Thursday that it’s aiming to make 130,000 ID Buzz buses a year at its German plant, that production level might still be a way off.

The post VW ID. Buzz Van Is Getting A Performance ‘GTX’ Version appeared first on The Drive.