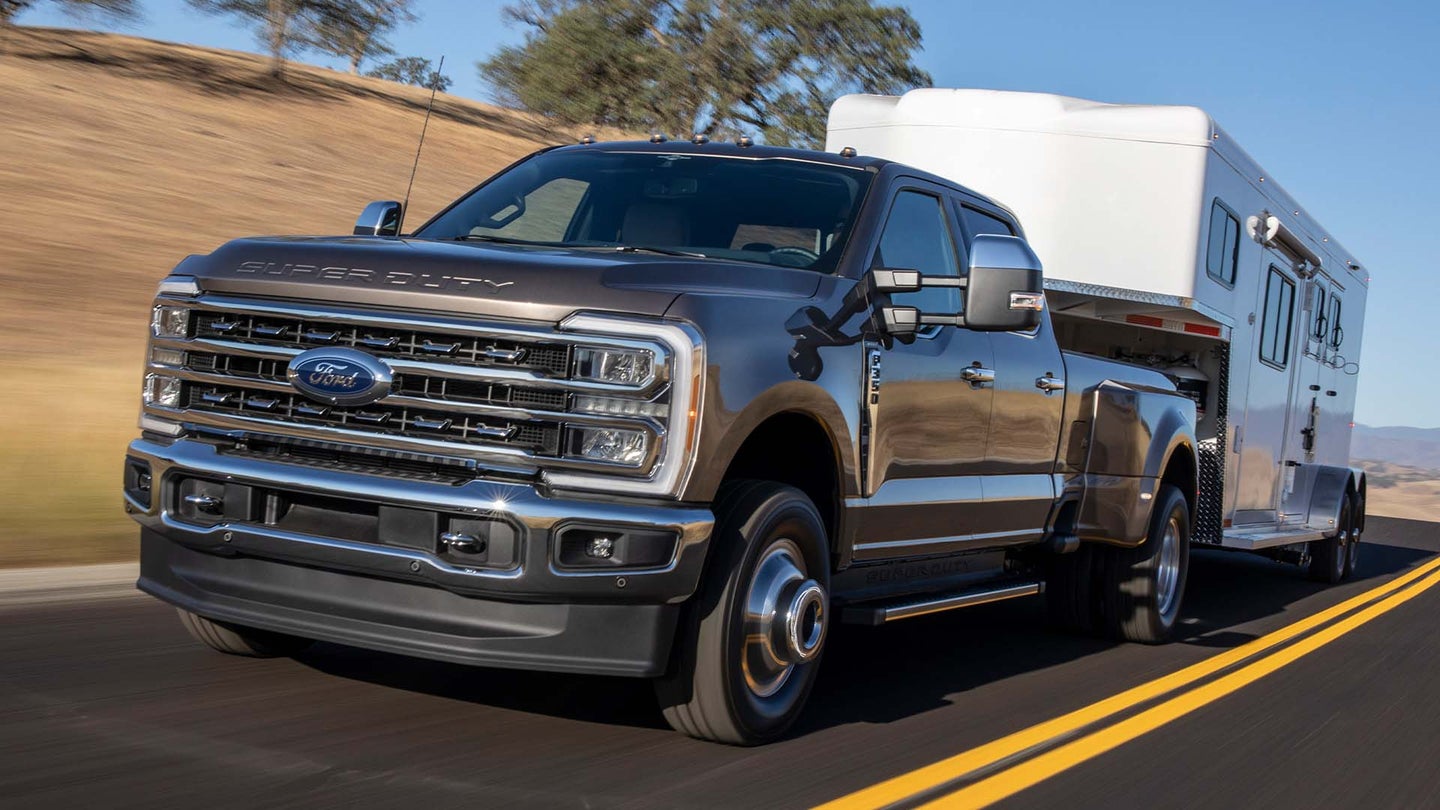 There’s a new Ford Super Duty in town with divisive styling, a reworked interior, and four engine options. The truck’s new standard power plant is a 6.8-liter gas V8, and in its most basic XL trim, you’ve got to pay extra for four-wheel drive. It’s included on every other trim, which most will agree is a good thing, but that means no other version can be spec’d with two-wheel drive.

Four-wheel drive is far and away the most popular as the majority of buyers would rather have a truck that’s more capable off-road. That said, some drivers prefer 4×2 for a few reasons. Those trucks cost less at the time of purchase, maintenance is typically less expensive, and fuel mileage is incrementally better. Plus, if they buy it with certain modifications in mind, a 4×2 might be better suited; not many low-riding Super Duty show trucks start life as a base model, either.

Additionally, the huge max tow and payload numbers that Ford and other OEMs advertise are usually achieved with 4×2 models. If you look at the 2022 F-450 pickup, for instance, the 4×2 has a gooseneck towing capacity of 37,000 pounds; meanwhile, the 4×4’s limit is a skosh lower at 36,400 pounds.

This mainly impacts Ford’s dual rear wheel offerings as they’re the dedicated workhorses. The Blue Oval hasn’t revealed towing or payload capacities yet for the 2023 Super Duty, but it says they’ll both be best in class. If Ford drivers want to brag that they have the most capable version of the most capable truck without a ton of disclaimers, then they apparently won’t be able to say that behind the wheel of a Limited, Platinum, King Ranch, Lariat, or even an XLT.

In reality, few trucks on the road are rated for the max capacities that automakers slap on billboards. So much of it has to do with gross vehicle weight rating and gross combined weight rating, and the more options a truck has on the inside, the more it weighs, therefore cutting into its rated limits. This really boils down to customer preference, then, and I’d bet that Ford is more than willing to cut lower-margin offerings in the name of higher profits.

The post Want a 2023 Ford Super Duty 4×2? You Have to Buy the Base Model appeared first on The Drive.