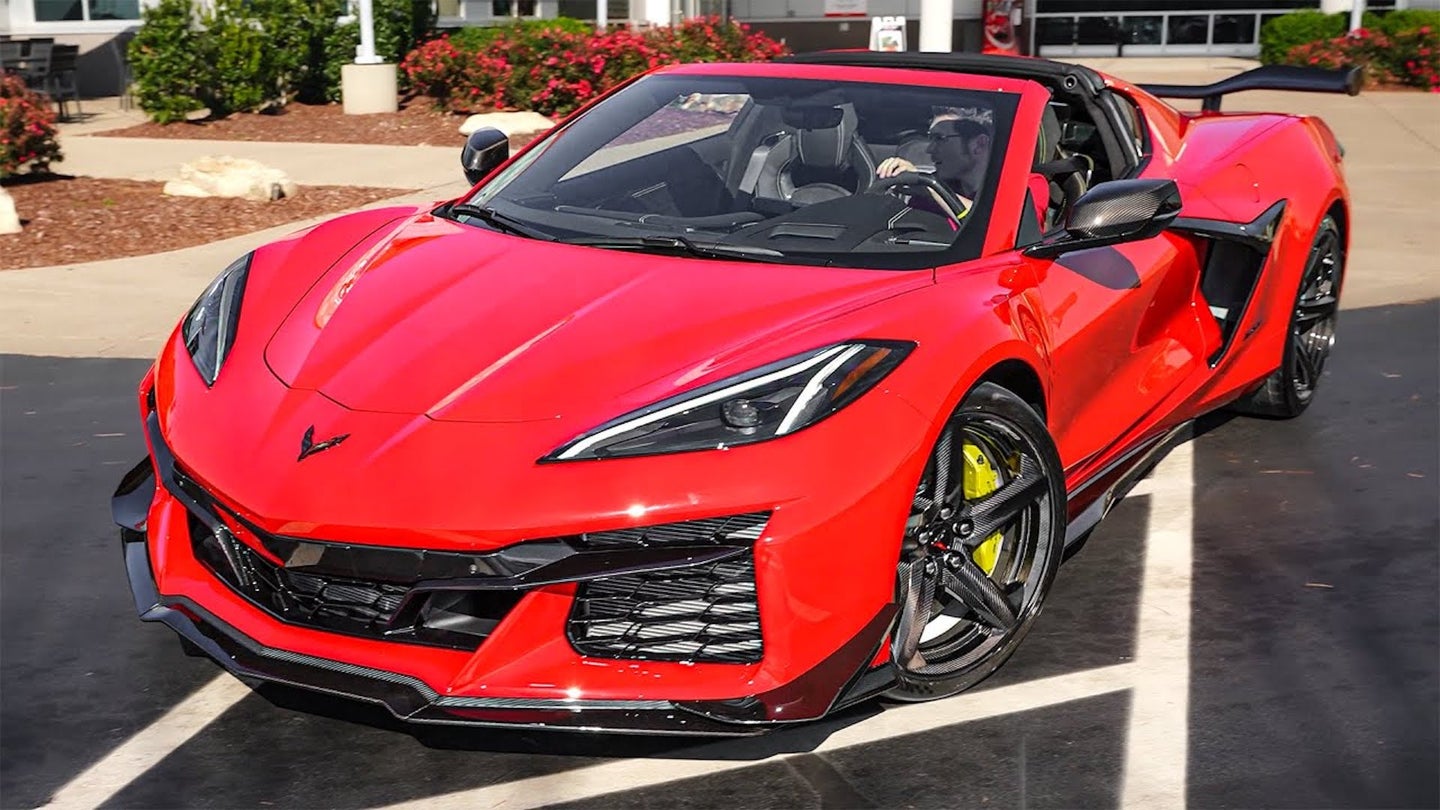 It has begun: the 2023 Chevy Corvette Z06‘s reign of terror. Dozens, if not hundreds of track records across the globe will fall to its might. And the culling has already begun, as one owner has already claimed a niche record at a California track—and believes they’re within sight of an overall record.

The Z06 visited Auto Club Speedway in Fontana, California, in the hands of YouTuber Speed Phenom, who had only taken delivery of his car a few weeks prior. As such, he was still bedding in the car’s brake pads when he hit the track for the first time. Nevertheless, in his first session of the day, he notched what he claims to be a lap record—of sorts.

The YouTuber claims to have run a 1:45 on his third lap, which he touts as the fastest lap set by a naturally aspirated, V8-powered supercar at the track. (Eds note: That’s a narrow window for a record, even at tracks such as the Nürburgring.) But it starts to get interesting when you look at the lap record for this configuration of this circuit, the Sports Car course.

According to Fastest Laps, a flat 1:45 would be the fifth-fastest lap of this track configuration on record and a fraction quicker than that recorded by a Ferrari 458 Italia. (We’d bet that’s where this specific record claim came from.) It’s only a few seconds off the apparent overall course record of 1:41.5, held by a modified Porsche 911 GT3 RS. The Z06’s owner guesses his car is capable of a 1:40, achieving which would make it the overall record holder.

Obviously, that hasn’t yet been accomplished, but it’s evident enough from the video that the Z06 has lots of potential let in it. Maybe an overall record at Fontana is on the table, if not one at many other tracks worldwide.