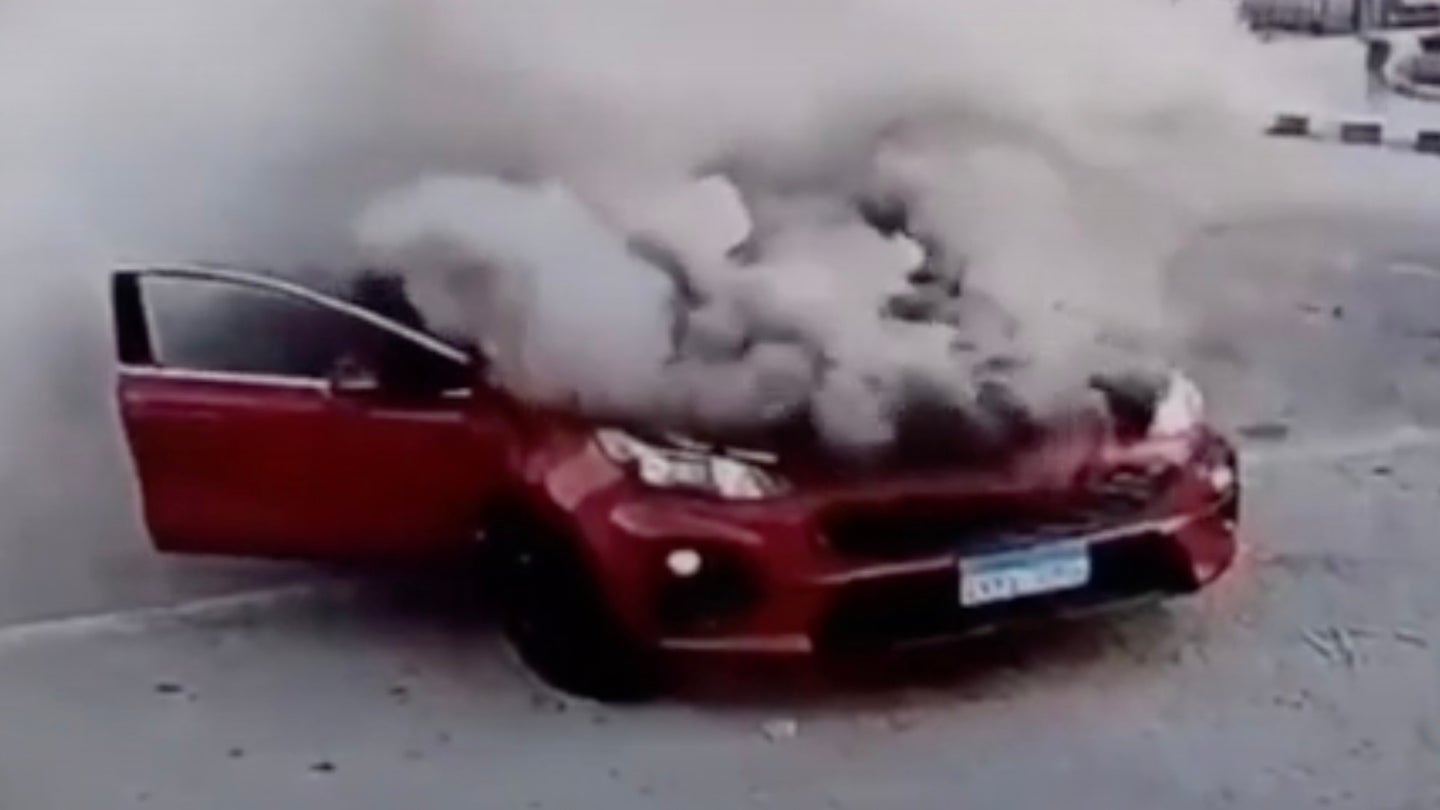 If you’ve never experienced an engine fire, it can be hard to imagine how quickly it can consume your car. Well, the owner of a Kia Sportage found that for you, and did so where a security camera could capture how quickly things went south.

Their fire was the subject of a video posted to Reddit, which shows a 2017-2022 Kia Sportage crawl to a stop in front of the camera. Within seconds, smoke begins to emanate from under the hood as its occupants scramble to get out. Within 20 seconds of stopping, the smoke is thick enough to make it clear that there’s something seriously wrong. While onlookers show up with extinguishers some 90 seconds after the smoke appears, it’s already too late, and they can’t get at the source of the flames with the hood closed anyway.

This mishap may have been caused by mechanical problems that have prompted multiple recalls for this generation of Sportage in the United States. According to the NHTSA, Sportages that have had engines replaced due to a prior recall have had problems with fuel lines being damaged or improperly reconnected during service. This can lead to a fuel leak and a risk of a fire.

There may be other causes too, rooted in faulty electronics. Both the Hydraulic Electric Control Unit and the optional tow hitch harness have been found to be at risk of short circuits that can cause fires, though only the former is explicitly associated with engine bay blazes.

No matter what caused the fire, the Kia‘s passengers couldn’t have reacted much better. They presumably smelled something burning, or saw the check engine light come on, and stopped driving. They were right to evacuate the car, clear out valuables, and track down a fire extinguisher on the double. The only thing they could’ve done better might have been popping the hood—though that could’ve been a risk given the smoke or possible flames, and they’d still be making an unpleasant call to their insurance anyway.

The post Watch a Kia Sportage Catch Fire and Burn to a Crisp in No Time appeared first on The Drive.