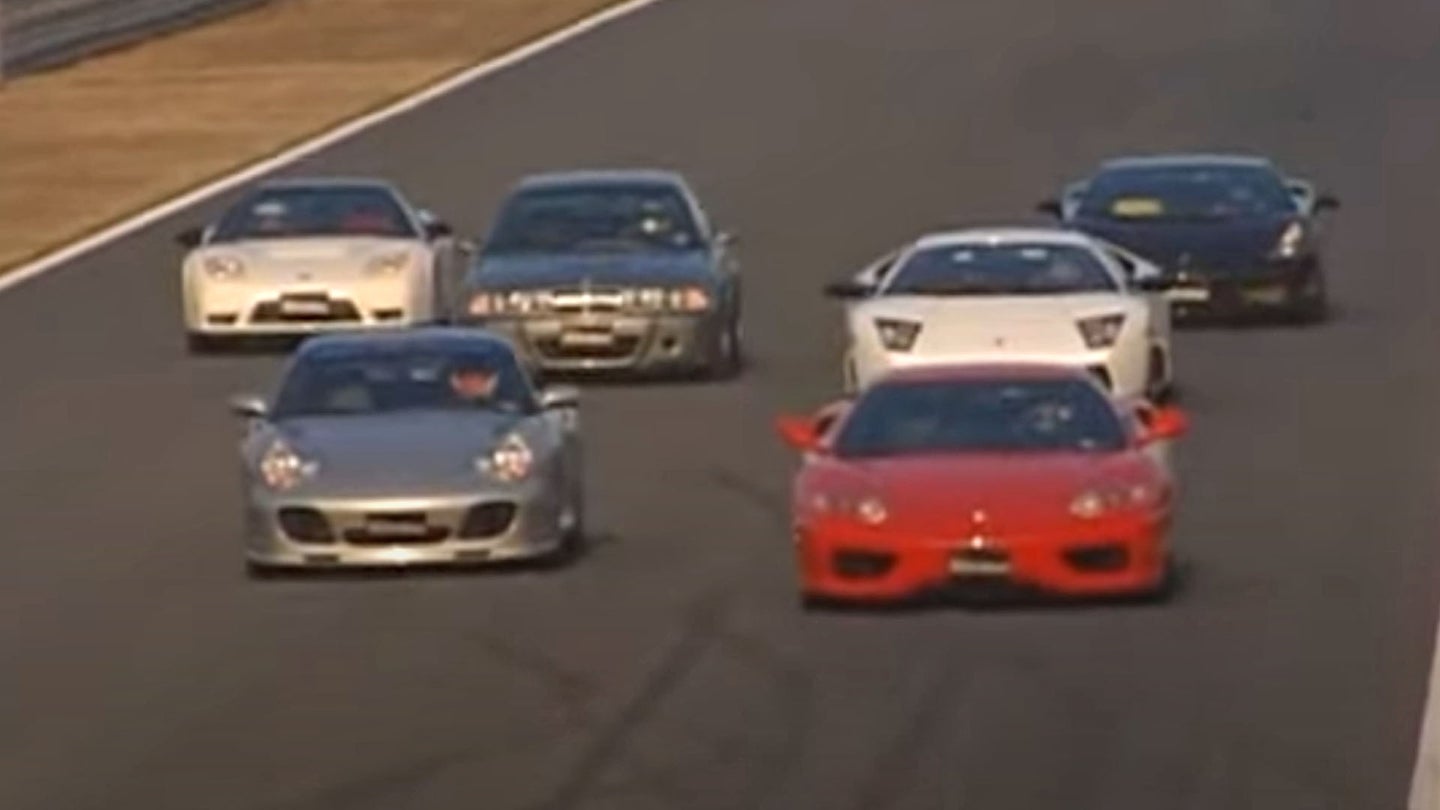 The supercar wasn’t invented in the early 2000s, but arguably it was perfected then. Cars like the Honda NSX-R, the Lamborghini Murcielago, Gallardo, and the Ferrari F360 Modena were all the grandparents of the modern supercars we enjoy today. What would happen if they all raced wheel-to-wheel on a racetrack and threw in a Porsche 911 Turbo and an M3 CSL in the mix as well? We actually have a video of this, thanks to the Japanese car nuts at Best Car.

The publication ran all of these cars on track back in 2005 at Twinring Motegi’s East Course. The multilap race is thrilling. Although some cars have way more power than others, and the curb weights are all over the place, none of them fall into line. All of the cars fight for position and sound excellent doing so. Keep in mind, this was 2005 we’re talking about. All of the cars in the race except for the Porsche are naturally aspirated.

This version of the race is unique in that it has English commentary, although it doesn’t add much to the video. The sights and the sounds of the cars really make this impressive. And seeing hundreds of thousands of dollars worth of hardware get driven to the limit, of course.

The winner of the race, if you’re too lazy to watch the video in full, is the Lamborghini Murcielago. The Honda NSX-R holds first place for most of the competition, though. It’s clearly very agile and makes up for its lack of power in corners, particularly at high speed. It loses out to the Lamborghini on the straights in the closing laps, though. As it turns out, you can’t fight a V12 if it has space to stretch its legs.

The Porsche and the Ferrari both finish near the back and didn’t do much shuffling in the order. The M3 CSL was more than respectable, though. Despite being the only front-engined car present and relatively down on power, it put up a valiant fight against the middle of the pack.

Is anyone doing stuff like this with supercars today? I think drag races have mostly displaced this kind of wheel-to-wheel action, at least in the United States. For the record, Best Car still does these kinds of comparisons in Japan. In America, we seem to be more focused on straight-line, highway-pull performance as opposed to the nuances of racing around a circuit. That’s a shame because this race was an incredible one, and I would love to see more like it.

The post Watch a Pack of Mid-2000s Dream Supercars Race Like Real-Life Gran Turismo appeared first on The Drive.