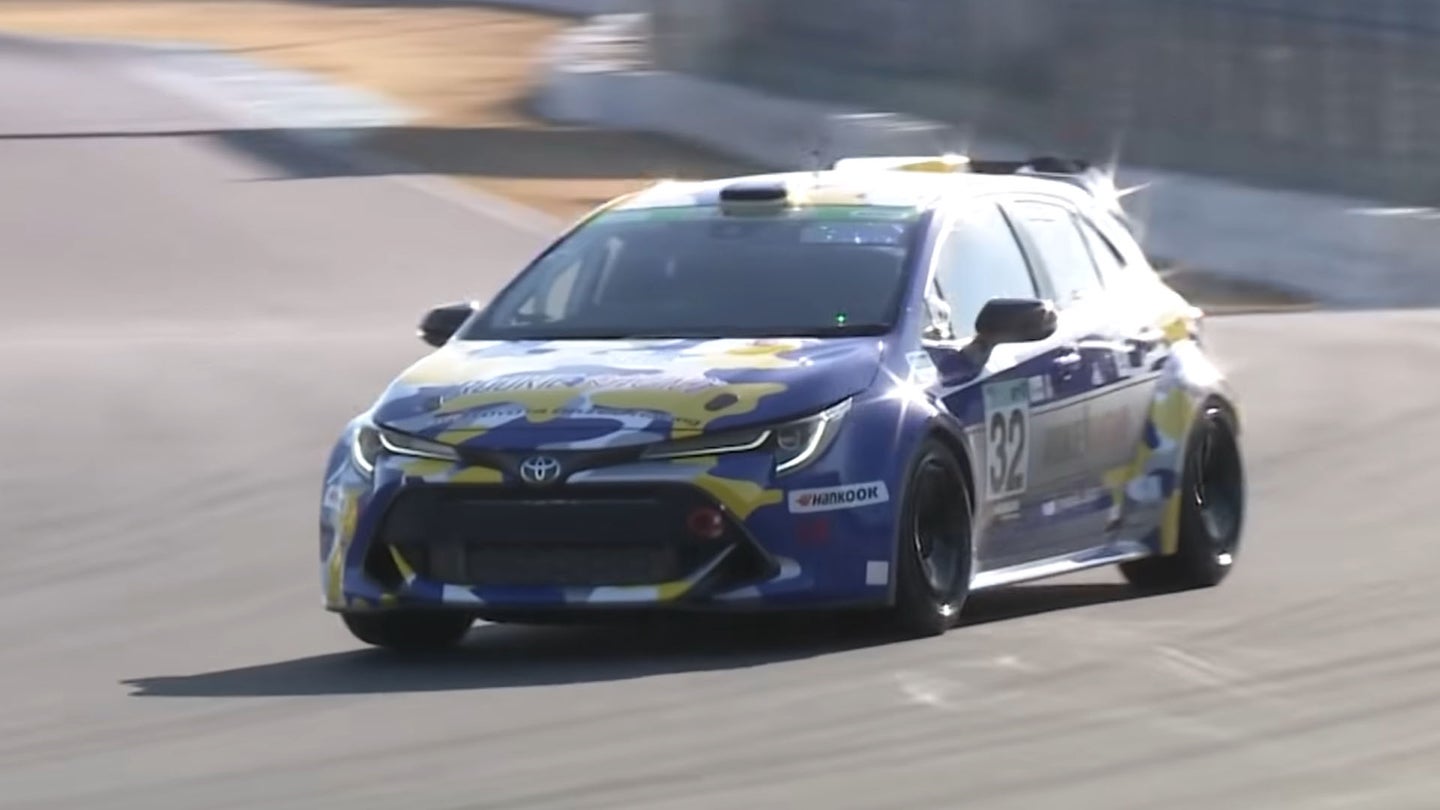 Not every automaker is completely sold on a fully electric future. Some, like Toyota, think that internal combustion should be carried on in a sustainable way, primarily through hydrogen combustion. The Japanese automaker has been developing prototype vehicles to show off this concept, and one, a Corolla, is now mature enough to be tested by people outside of Toyota itself.

The machine in question is basically a stripped-out GR Corolla but powered by hydrogen. It’s a caged race car and mostly a proof of concept, but it’s still complete enough to be driven by two professionals from Best Motoring, one of whom is Keiichi Tsuchiya, also known as Drift King. I already know you want his take on this car.

Both drivers from Best Motoring take a stock GR Yaris for a rip around the track before getting into the hydrogen-powered Corolla. They’re impressed by the Yaris, of course. The Corolla is a different story. Tsuchiya is a fan, but his fellow driver Nobuteru Taniguchi is less impressed. The Hydrogen Corolla prototype looks, sounds, and drives like a regular stick shift hot hatchback, but even in race trim, it’s very heavy—roughly 3,950 pounds. That’s a lot for such a small car, even bordering on EV levels of weight. The car does produce more than 300 horsepower to make up for this, but even so, it’s still in the same neighborhood as the stock GR Yaris on track lap time-wise.

Don’t mistake the criticism for doom and gloom, though. The Hydrogen Corolla has been in development for just one year, and it’s already been tested at several other racing events. In short, it’s reliable, fun, and produces zero harmful emissions. The refueling speeds and power output have also increased dramatically in the short time the car has been developed.

That being said, hydrogen production and infrastructure still face hurdles. Some oil companies are investing money to produce hydrogen gas on a mass scale. It only really becomes practical when it’s made with inexpensive, renewable electricity, though. Even then, it would be more efficient to use the electricity directly in EVs. A lot is lost for enthusiasts when that happens, though.

The state of hydrogen technology today shouldn’t dictate our hopes for its future, though. The Corolla Toyota has produced is already hustling around a track and producing impressive power. It needs more development, sure, but hydrogen power means you can still slam gears and make noise, all while emitting water from the tailpipe. For enthusiasts who feel pure electric propulsion just isn’t their cup of tea, well, here’s the solution. It’s Drift King-approved. Do you need to know any more?

The post Watch Japan’s ‘Drift King’ Hustle a Hydrogen-Powered Toyota Corolla Around a Track appeared first on The Drive.