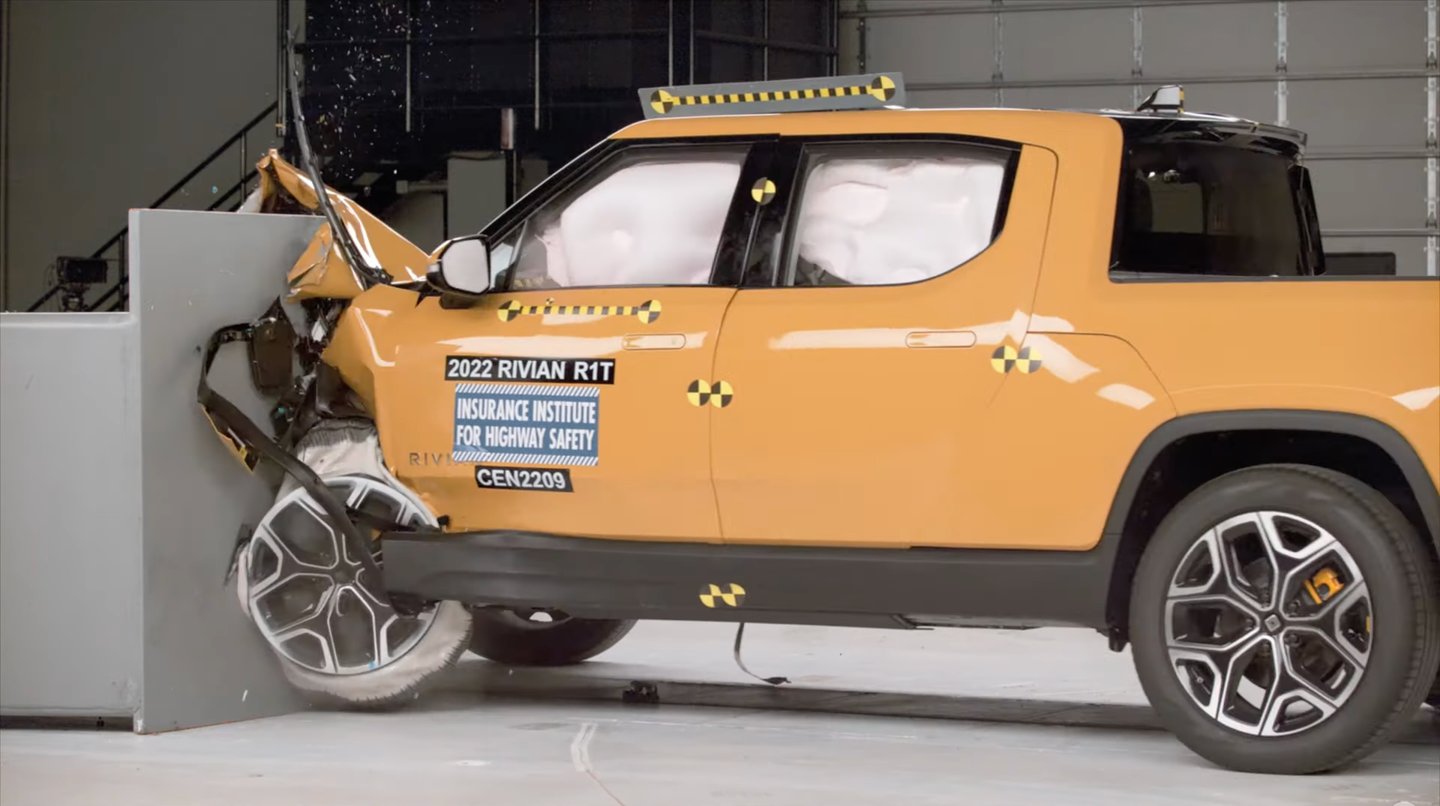 The Insurance Institute for Highway Safety (IIHS) has been tightening up crash tests due to heavier cars, crumbling infrastructure, and increasing road deaths. Cars, by necessity, are becoming more crashworthy, and the modern crop of EVs have a track record of keeping their occupants safe in an impact. The Rivian R1T has joined that pack of especially crash-worthy EVs.

The infamous small-overlap crash test was introduced in 2012 to expose more weaknesses in modern car crash safety. Instead of the more traditional frontal or moderate overlap, the side overlap test focuses energy directly on the driver’s side corner of the passenger compartment, smashing the A-pillar into a rigid barrier at 40 mph. It’s a test that sidesteps the well-known crumple zones and tests the strength of the strongest parts of an automobile.

This means energy absorption is difficult to manage. Without the crumple zones to slow the car down before the energy reaches the safety cage of the passenger compartment, other devices like the airbag have to decelerate occupants gently. It also challenges the strength of the structure of the car. If the A-pillar crumples, it’s bad news for the occupants. It’s a worst-case scenario crash, and the key is directing that energy away from the passengers and preventing the car from decelerating too quickly.

Watching the R1T in the test shows that Rivian engineers understood the mission. There are a lot of baked-in advantages to an EV for crash safety. With EVs being so heavy and quiet, a rigid, strong body is necessary to maintain handling and prevent squeaks and rattles. Also, having no engine opens up space for more crash safety management. The R1T does use one obvious clever trick in using the wheel to absorb some of that crash energy. For its efforts, the R1T earned an IIHS top safety pick and a “good” crash rating.

The post Watch the Rivian R1T Pass the IIHS Crash Test With Flying Colors appeared first on The Drive.