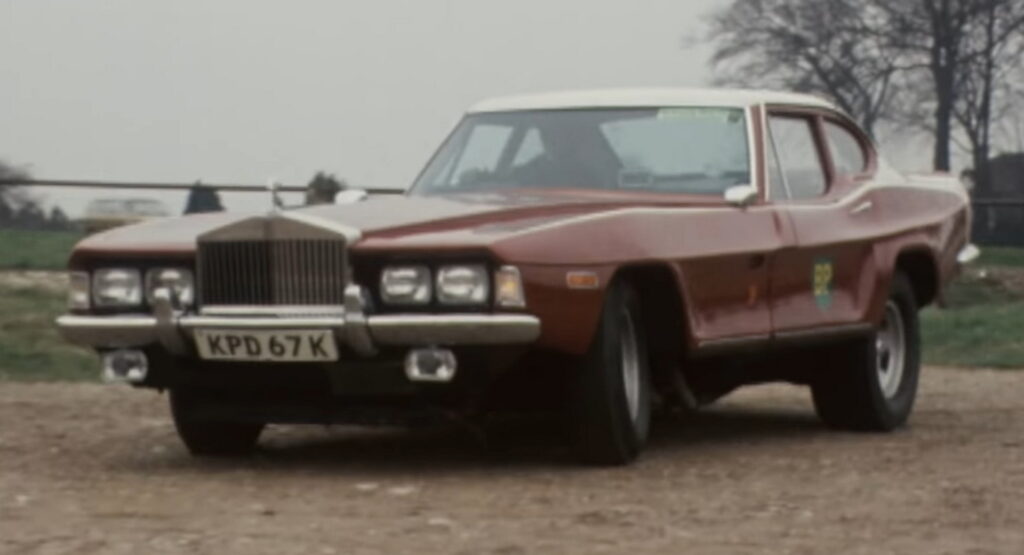 There is a famous saying about there being no replacement for displacement and, in the ’70s John Dodd took that very seriously. He decided to put a 27-liter V12 into his Rolls-Royce.

Interviewed, in era, by BBC’s Nationwide, Dodd showed off his Roller, which the program thought might be the fastest on earth at the time. That’s because, instead of being powered by some paltry automotive engine, it was instead powered by a Merlin V12.

The same sort of engine that would have been seen in a Spitfire or a Lancaster, as Dodd explains it, is seen here with triple Weber carburetors (instead of a supercharger). As a result of that, the owner claims it makes 700 hp (522 kW/710 PS).

Read Also: This Ford Crown Victoria Is Getting A 27-Liter Twin-Turbo V12 From A Tank

That power is good enough to get the car up to 70 mph (113 km/h) in just three seconds and onto a cruising speed of 200 mph (322 km/h), Dodd claims. And all on two-star petrol, which Wikipedia informs me is the equivalent of 87 octane.

What led to this very special vehicle?

“The idea was to have a car that could beat anything on earth and at the same time, run on the cheapest petrol you could buy,” Dodd told interviewer Christopher Rainbow. This being a Brit, though, he also wanted to make it all British, which actually prevented him from selling it to an American dealer who was very interested in the car indeed.

Instead of selling it, though, he chose to keep it and show it off at demonstrations around Europe and test it on “the Autobahns.” Frankly, I can’t find fault with his creation or his attitude towards it.