We Asked You to Show Us Your Hardest-Working Trucks. These Are the Results 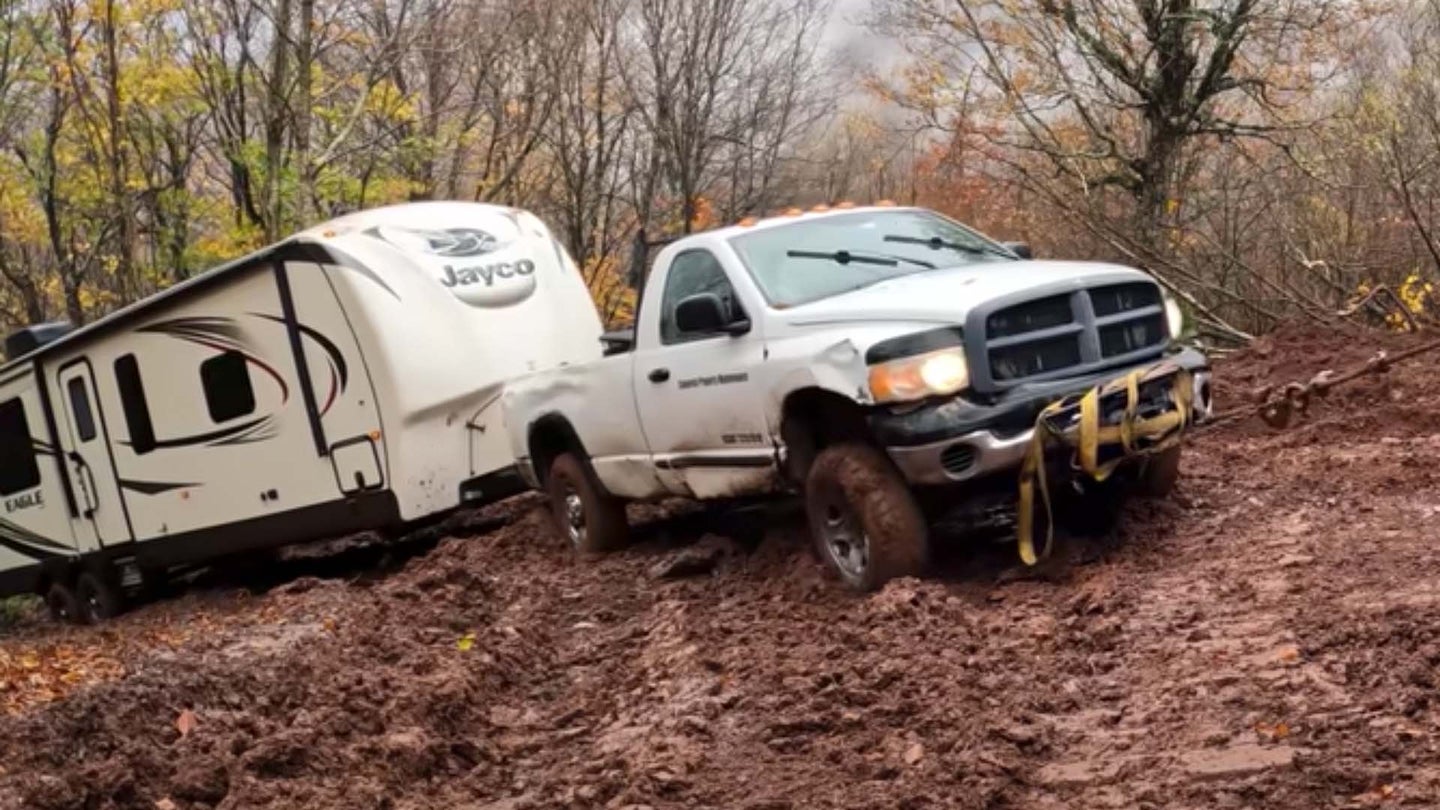 As part of The Drive‘s Labor Day festivities, I asked you to tell me about the hardest-working truck you’ve ever seen. The responses were all great as you recounted tales of thoroughly-beaten Fords, well-used dump trucks, and even a tried-and-true Mitsubishi Mighty Max. So, in the interest of presenting them all to the class, I’ve compiled the best responses in a nifty blog for everyone to read.

My example was Stanley Weeks’ 500,000-mile Chevy Silverado, which has more bullet holes than a stolen police car. It’s a tough old bird powered by an 8.1-liter big block, and before he got the proper equipment, Weeks used it to push old cars around his junkyard. The pickup has turned into an icon amongst the GMT800 community for good reason—it’s just that sweet.

You all took that as inspiration to tell the stories below:

“Ok. This was my old man’s 1978 F350 short bed. That’s me there near the rear (with the gear). This was at Gosman’s Dock, Montauk, NY sometime in the early ’80s. This was a work truck. 460 ci, dual gas tanks. AC. He bought it new and Mom and I rode shotgun from Sayville Ford on Long Island. This truck worked. Hard.

“He had a commercial fireproofing, spray foam insulation, and spray on cellulose insulation. Towing. It went over 500k. Totally abused and loved beyond all reason. If it could be rebuilt. It was. Often multiple times. I learned to drive in it (he had a rather large fleet). It was [a] more well-traveled kinda truck. Like my dad was.

“I have friends that learned to drive on it. It was a urethane foam-filled rust monstrosity when it got scrapped, but it lived its best life.”

“I’ll be the first to nominate Andrew Camarata‘s Dodge 3500 pickup and Ford F800 Dump truck, as the most abused trucks on Youtube that are still doing actual work.  Both are regularly overworked and destroyed beyond the point of abuse to where most people would send to the junkyard,  then repaired with whatever tools are within arms reach to make them keep working anyways as quickly and cheaply as possible.  When Bodywork is done with an excavator, sledge hammer and self tapping screws, and Dashboards are modified to fit Stereos using a chainsaw, entertainment is guaranteed.”

“I saw this driving away from a gas station/small store chain. I was amazed that it moved under its own power and the bed was being used. I was told there are no state mandated inspections in Iowa.”

“My grandfather’s 1990 Mitsubishi Mighty Max farm truck, which finally went out of service seven years ago. V6, manual, and the first car I ever drove, at the age of ten. It burned a lot of oil, when I asked how much he said ‘all the oil you put in it.’ Once the exhaust pipe broke in half under the truck, the whole thing was prone to filling up with smoke while sitting stationary. It was never fixed. That came with a benefit though. His cows knew the sound of the Mitsubishi’s horn, and knew that meant they’d be fed so they’d all go over by the gate. When the horn broke, they learned the sound of him revving the engine.

“At some point the tailgate went missing, there were things literally growing in the bed, and all the taillight plastic was broken and missing. I have no idea how many miles were on it, due to the amount of dirt on the instrument panel. A penny had also become inexplicably attached to the hood, with no party claiming responsibility.

“Finally, it overheated badly one day, and warped the head. He parked it, but I got to drive it one last time. After months of dormancy, we poured some used oil and coolant in it, gave it a jump, and got it running. It produced a tremendous amount of smoke. When we stopped to visit the cows, the field looked misty with the smoke. I’ve thought about getting it and trying to fix it up. But it’s spent. The brakes hardly worked, there was almost a half turn of play in the wheel…you get the idea. A good little truck.”

The post We Asked You to Show Us Your Hardest-Working Trucks. These Are the Results appeared first on The Drive.