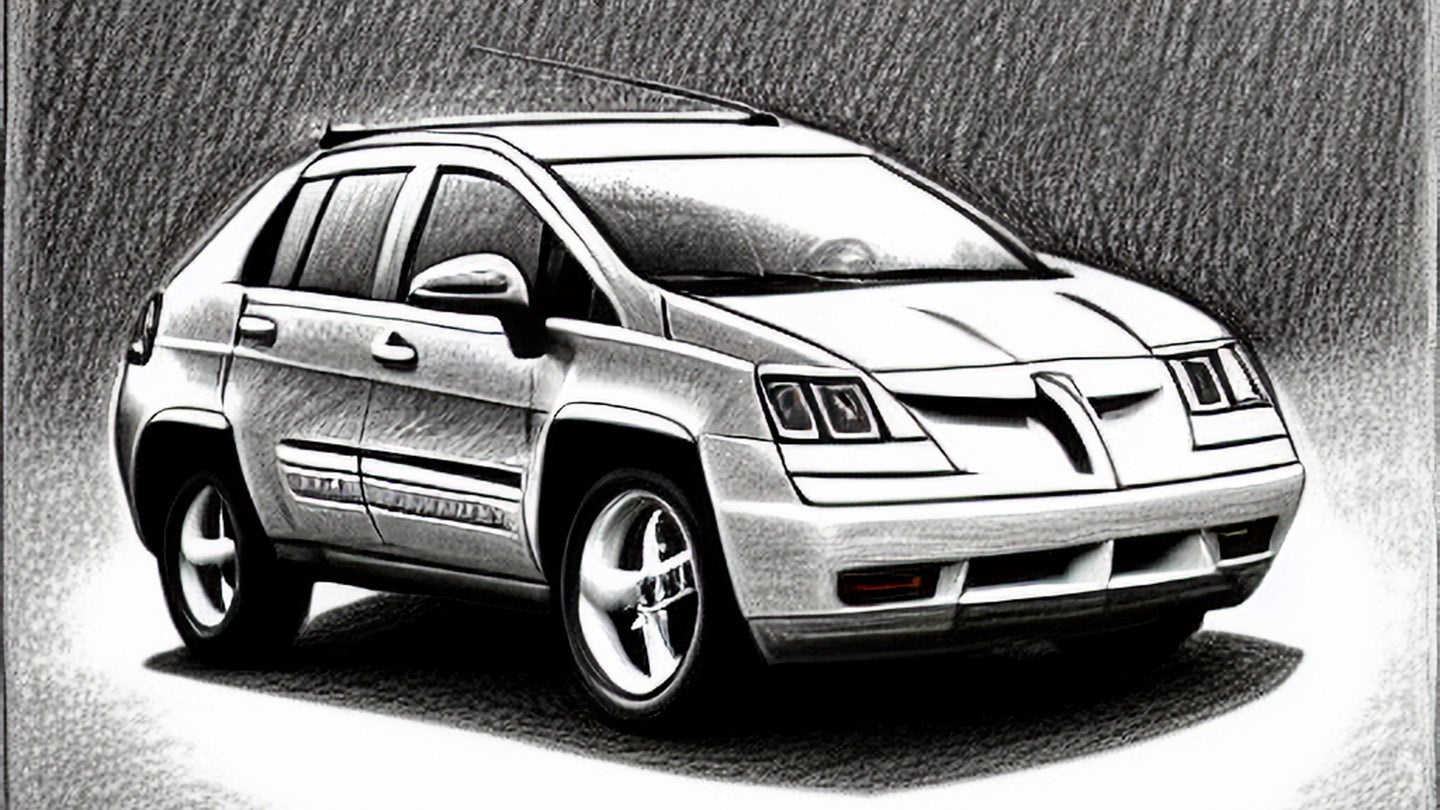 A few months ago, the Dall-E AI image generator took the internet by storm. Its ability to visually mash up the most random ideas together into hilarious images became instantly addictive, prompting users to create truly some of the wackiest things social media has ever seen. We even came up with our own car-based creations, featuring such gems as a courtroom sketch of a Subaru Outback, a Porsche 911 made from cheese, and the hilarious but horrifying “cars made from teeth.” More recently, Twitter user Carputers: AI Generated Cars had a great idea, using a different AI software, to recreate cars but from different time periods. Which got us thinking about what sort of weird car creations we could come up with.

The software is called Stable Diffusion and you can use its beta Dream Studio to make some surprisingly accurate recreations using its word prompt. It’s pretty simple: type in the sort of image you want it to create, add a few additional parameters—such as making the image look like it was painted by a famous artist—and choose how many images you want. For instance, I wanted to see what the world’s ugliest car would look like if it were pencil sketched by one of history’s most brilliant artists, so I punched in “Pontiac Aztek, by Leonardo da Vinci, pencil sketch, realistic.”

I also wanted to see what a futuristic Reliant Robin would look like if it made a comeback as an electric car. Although, for some reason, it couldn’t figure out that the Robin only has three wheels, despite me specifying that in the prompt. I’m also shocked it wasn’t rendered upside down, in a ditch. Its powers also weren’t strong enough to imagine “the BMW XM, but good looking.”

Not everything has to be strange. I wanted to see what a cyberpunk Lamborghini Miura would look like and I have to say I kinda like the results. But weird stuff is more fun and the amount of wacky, absurd creations you can make with it, or any AI image generator tool, is endless, bound only by your imagination. Or sanity.

Got a tip? Send it over to [email protected]

The post We Didn’t Know We Wanted a Pontiac Aztek Drawn by Da Vinci Until We Made One appeared first on The Drive.