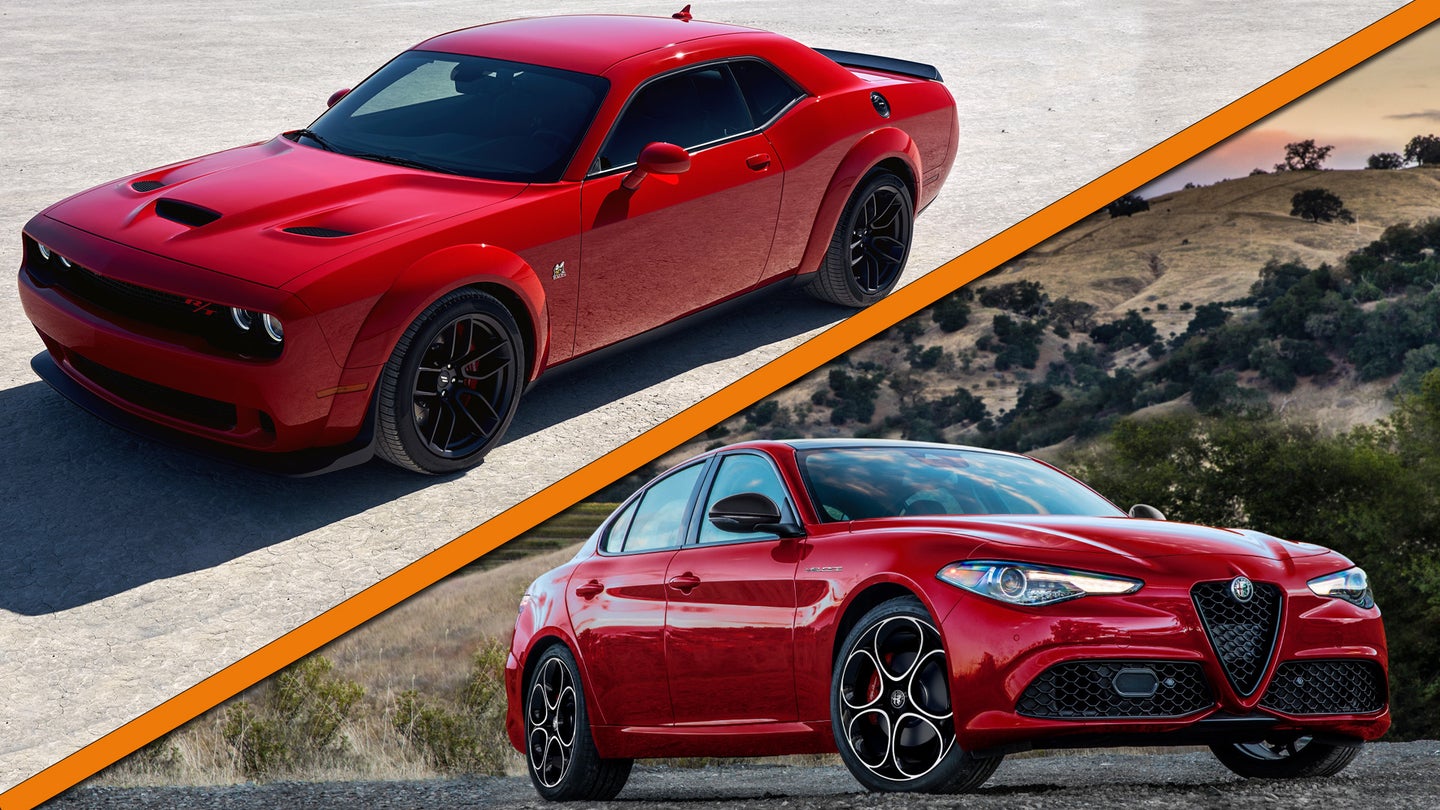 The current Dodge Challenger, despite still being sold as a brand-new car, has a chassis that dates back to the Obama Administration. It was mildly updated in 2015 but its bones are still based on the same old Chrysler LC platform from 2008. However, a few years prior to that, under the eye of the late Sergio Marchionne, FCA and Dodge were planning on giving the United States an all-new Challenger sports car built on the Alfa Romeo Giulia’s brilliant rear-wheel drive Giorgio chassis. Yet, such incredible plans sadly never came to be.

During a recent episode of the Autoline Network Podcast, Dodge CEO Tim Kuniskis spoke about plans that then-FCA (now Stellantis) had for an all-new Challenger based on Alfa’s Giorgio platform. In 2013, the brass at FCA had a decision to make: switch the Challenger over to a new platform or just update the existing one. Ultimately, they chose the latter, but think about how amazing the former would have been.

You can listen to the podcast below. Kuniskis starts talking about the Challenger and Alfa possibility at around the 43-minute mark.

“On the Giorgio platform, we would have had a car that, quite frankly, would have been lighter, would have handled better,” Kuniskis said. However, he said that the main reason they scrapped plans for the Giorgio platform was that it would have put the Challenger squarely in competition with the Ford Mustang and Chevy Camaro. “Those are great cars, those are fantastic cars, why would we want to go fight with them, in their sandbox?” he reasoned. “Let’s stay in our sandbox, and be totally different from them, go left when they’re goin’ right, and try to own this space.”

As delicious as it sounds to have had an Alfa Romeo-based Challenger coupe for our market, Dodge probably made the right move. The ancient chassis that underpins the Challenger has been paid for tenfold and the existing car continues to sell well. Dodge is practically printing money with the Challenger at this point. As car enthusiasts, we can bitch all we want about how archaic its underpinnings are, but customers keep paying for it, so why change? Don’t fix what ain’t broken, I guess.

The post We Were Robbed of an Alfa Romeo-Based Dodge Challenger Sports Car appeared first on The Drive.