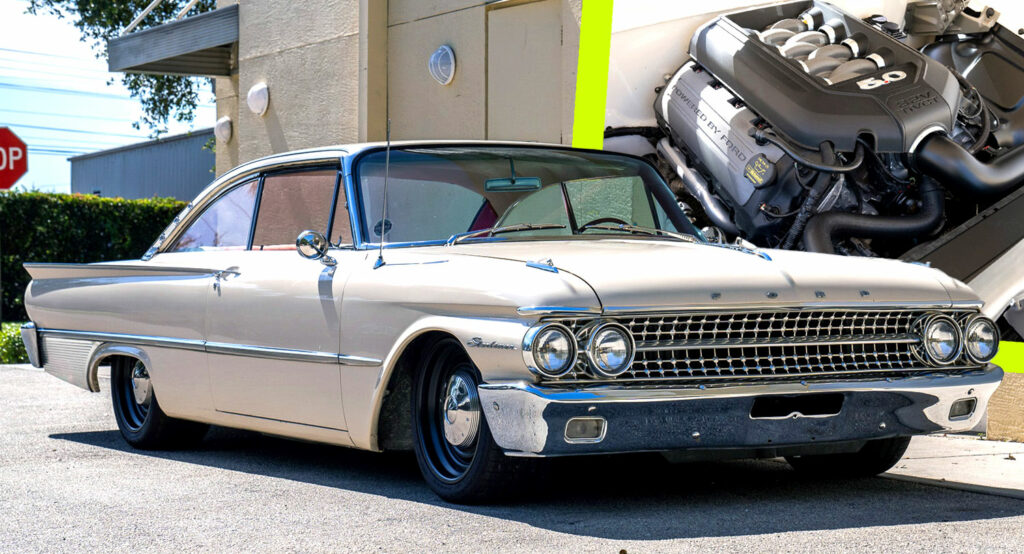 It’s really easy to overdo it when you’re building a restomod, as so many aftermarket companies offer blinged-up accessories to make your car shine as bright as the sun. However, it takes real skill to make a custom car shine like the stars at night; subtle, but beautiful.

This 1961 Ford Starliner is one of the most perfectly done restomods we’ve ever seen, with just enough modern touches to make it a true performer, but retaining its classic styling and vintage vibe.

The Starliner differentiated itself from the standard Galaxie by featuring a fastback roof style and building upon the highest trim level of the vehicle that Ford offered. 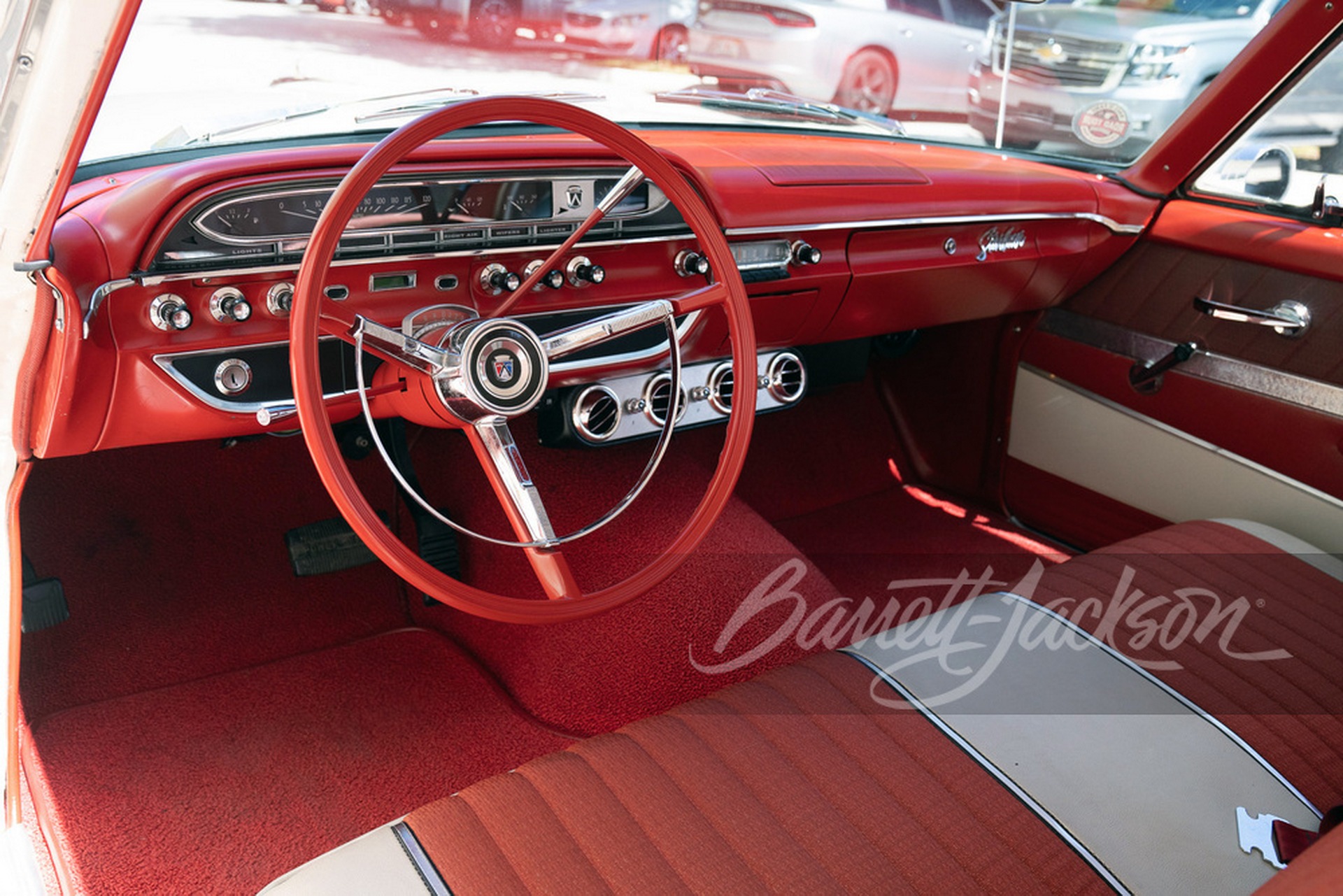 While the jet-age styling certainly captures the eye, the real star is under the hood, where the original engine has been replaced by a second-generation Ford Coyote V8. The original engine would likely have been a 292 Y-Block V8, 352 V8, or the optional 390 V8 from the Thunderbird, with a maximum horsepower rating of 375. The 5.0-liter Coyote is now pumping out 435 horsepower, which is sent to the rear wheels via a 4L80-E 4-speed automatic transmission from Bowler Performance Transmissions through a 9-inch Ford rear end with 3.50 gears.

The performance of the engine is in stark contrast to the docile exterior of the Starliner, which is finished in a sedate shade of peach-tinted white, with a set of steel wheels complete with dog dish hubcaps.

The wheels also hide a set of Baer pro brakes with six-piston calipers, grabbing onto 14-inch drilled and vented rotors. Holding those brakes to the body is a similarly beefy set of Corvette spindles and Bilstein shocks connected to a Roadster Shop independent front suspension, so it should handle as good as it looks.

This 1961 Starliner Custom is currently available at Barrett Jackson, where it will cross the block at the Las Vegas 2022 auction.