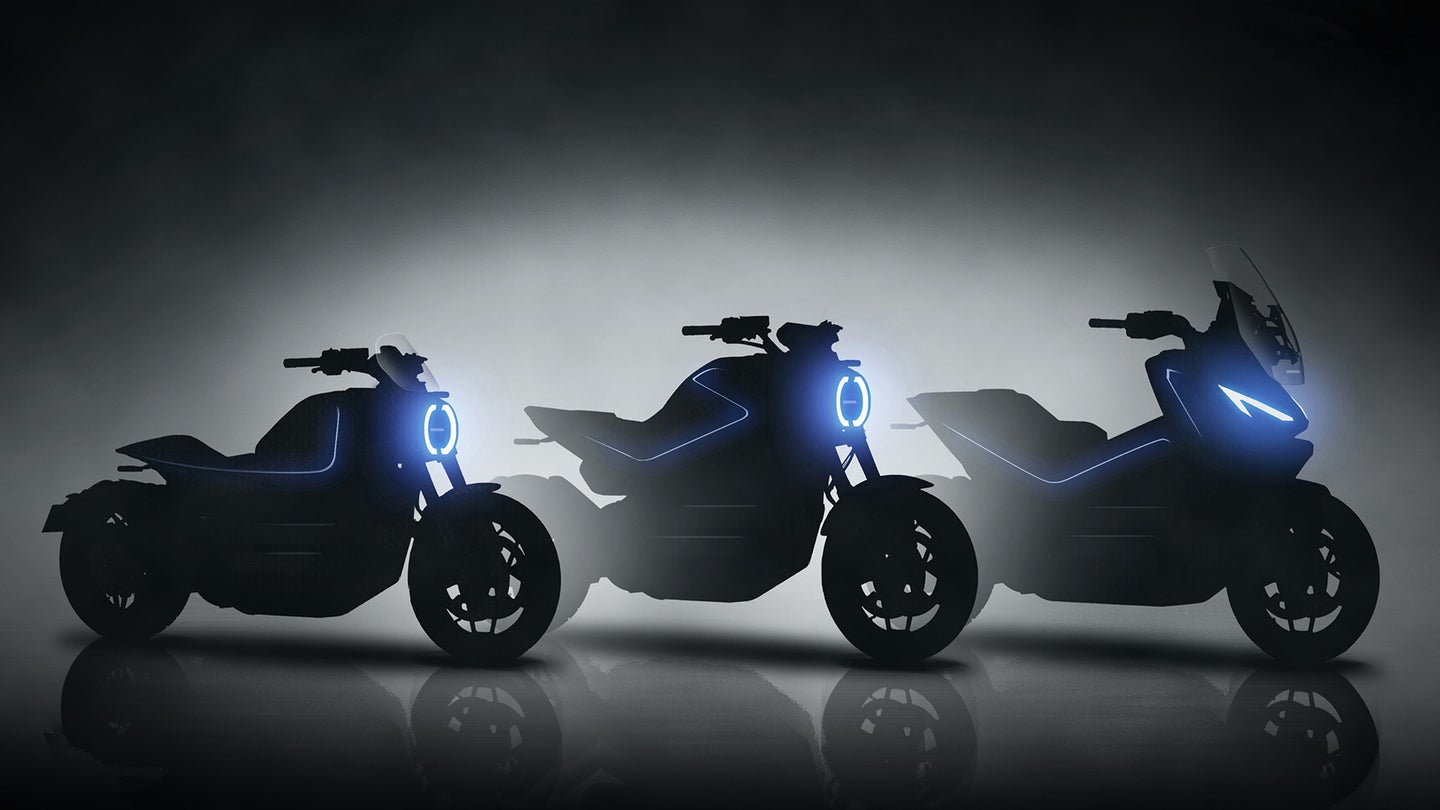 Back in April, Honda announced plans to globally launch 30 electric vehicles by 2030, but that vision primarily focused on cars, trucks, and commercial units. It expanded on this commitment to a company-wide overhaul this week by adding motorcycles, mopeds, and bikes to the mix. By 2025, Honda plans to globally launch 10 or more new electric motorcycles, with three of those coming to the U.S. by 2024-2025. Better yet, the motorcycles will be equipped with solid-state batteries.

This is a very big deal, of course. Honda is mostly recognized for its four-wheeled vehicles, but it also just happens to be the biggest motorcycle manufacturer in the world by a large margin. It’s sold more than 400 million total units around the world, so this announcement is a big deal. Thus far, the powersports powerhouse has been absent from the segment in the U.S. Well, apart from the CRF-E2, which is a kids dirt bike that is produced by Greenger Powersports as an officially licensed Honda product.

What that means is that all of the products Honda is planning for the U.S. market fall into the larger fun category. By 2024-2025, Honda will introduce three fun electric motorcycles in the U.S., Japan, and Europe, as well as one kid’s bike that appears to be of the dirt variety. Judging by the dark silhouettes on the presentation slides, these three fun motorcycles appear to be a touring bike/moped and two standard motorcycles.

Honda says it plans to keep its electric motorcycles affordable by using packaging techniques it learned from building gas-powered vehicles. That means the battery, the motor, and the PCU will be built into the motorcycle body. Although the U.S. motorcycles will not use the shareable and swappable batteries that Honda is developing with Kawasaki, Suzuki, and Yamaha for use in Asia and Europe, the batteries will use safer and more efficient solid-state technology. Honda did not mention any specifics about range, charging capabilities, or cost.

How will this benefit Honda? Well, if everything stays on schedule (does anything these days?) Honda hopes to annually sell one million electric motorcycles within the next five years and 3.5 million by 2030. These initiatives are part of a broader plan that Honda has to make all corporate activities and all products carbon neutral by 2050 (all motorcycle products by 2040).

This doesn’t mean Honda is straightaway ditching internal combustion (ICE) power, though. As it stands, its customers are far too reliant on ICE motorcycles that could not be replaced by electric motorcycles due to price, range, and limited charging access. The announcement specifically states that it will continue to develop new technologies and strategies to reduce carbon emissions from using fossil fuels in its products.

The post What Honda’s Aggressive Electric Motorcycle Plans Mean for the US Market appeared first on The Drive.