What Is One-Pedal Driving? 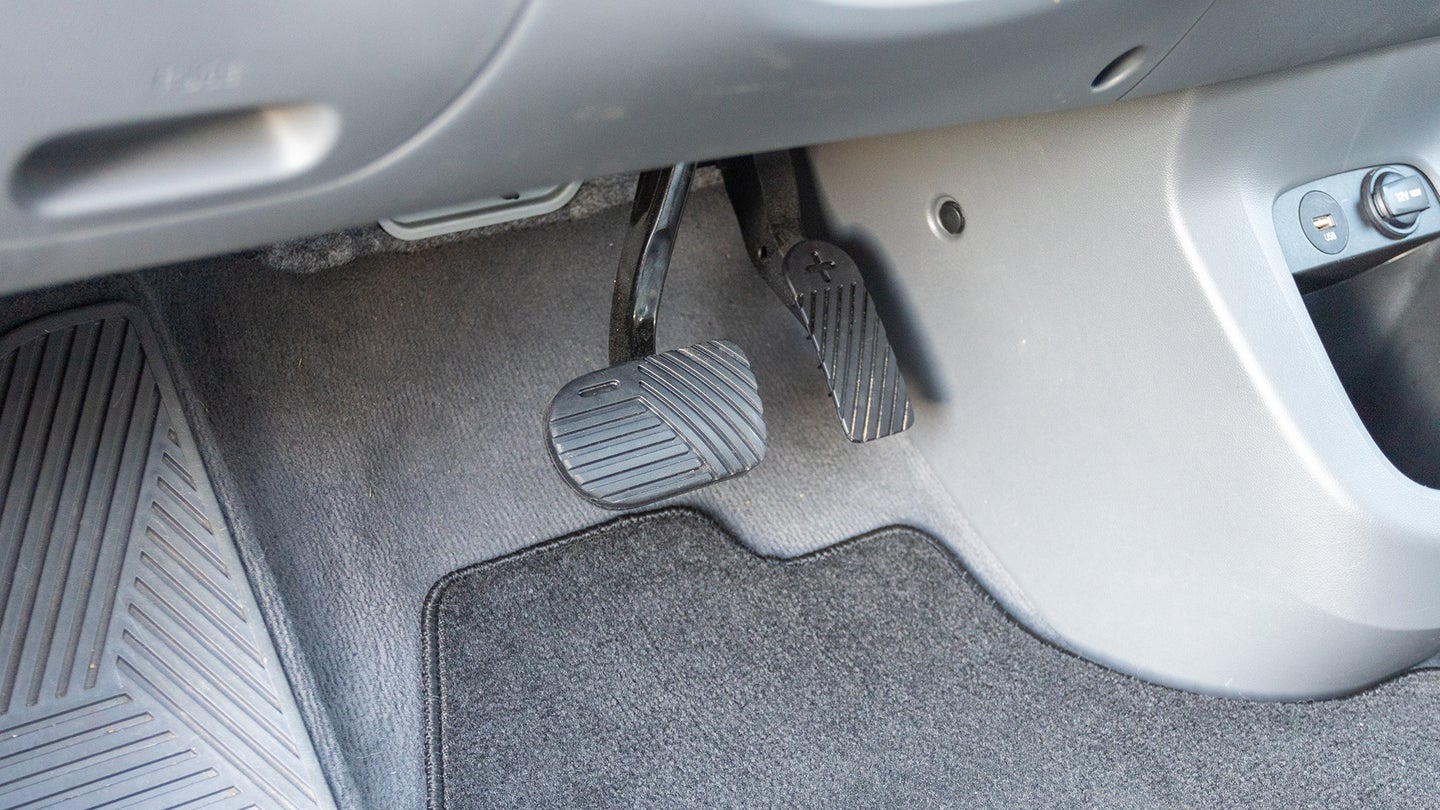 Progress is often something that requires learning and adjustment. When the world switched from straight-cut gears to modern synchromesh transmissions, drivers had to eliminate the habit of double clutching between every single gear, for example. Or when carbureted cars with chokes were replaced with fuel-injected designs with comparatively lightning-fast throttle response, it was a whole new world that took adaptation. But those two advancements were way better, even if enthusiasts and regular drivers alike might not have agreed at first. Similarly, one-pedal driving with electric vehicles (EV) has its fans and detractors.

The way I see it, it’s sort of akin to an avocado-based chocolate pudding; some love it instantly, and others are repulsed by the very concept. Give it a try with an open mind, however, and you’ll probably realize that it’s pretty tasty. It’s just different from what we know and we’re comfortable with, so it takes some getting used to.  As EV adoption continues to grow, one-pedal driving will become more and more common, so let’s examine the details about what it is, how it works, and why it’s part of the EV future.

What Is One-Pedal Driving and How Does It Work?

One-pedal driving is the colloquial term for the experience in EVs that can accelerate and slow down using only the accelerator pedal. In essence, one-pedal driving significantly reduces an EV’s ability to coast using a technology exclusive to these types of battery-powered cars. Electric vehicles have powerful regenerative braking systems with large electric motors that can essentially act as generators. These systems convert the kinetic energy from stopping into electrical energy that goes back into the batteries. This energy would be lost through free-wheel coasting, but instead, this recovery is cleverly used as a brake of sorts.

One-pedal driving has many names, too. Hyundai, Kia, and Genesis use the branding i-Pedal, Nissan calls it e-Pedal, and other manufacturers may use different names. At the end of the day, it’s all the same thing, though they might have slightly different applications.

Why Would Anybody Use This?

Generally, EV driving requires a bit more forethought in ways that gas cars don’t. In a gas or diesel car, coasting can be advantageous, as an idling car or decelerating car uses less fuel than when a throttle is engaged. Barring hybrids, deceleration occurs via engine braking or friction braking, both of which are just converting that kinetic energy into heat and/or brake dust.

In EV driving, you’ll want to recapture every iota of electricity used to get the most out of our somewhat limited battery technology. In one-pedal driving when the vehicle isn’t accelerating, it is using regenerative braking (often at its max rate) to recapture that kinetic energy. The results are real, as this study showed that “one-pedal driving (provides) remarkable energy recovery” in large EV buses. In another study, scientists found that one-pedal driving recaptured up to 26% of decelerated kinetic energy, extending the range in some models by a whopping 62 km (38 miles). That’s impressive.

How To Use One-Pedal Driving

Enabling one-pedal driving is often accomplished via a button, paddle, or on-screen menu. On the Chevy Bolt and Bolt EUV, there’s a “one-pedal driving” mode button near the gear selector. In Hyundai, Genesis, and Kia products, i-Pedal is enabled by pressing the ‘increase regenerative braking’ paddle until the ‘i-Pedal on’ dialogue appears on the main gauge cluster. In Ford, Tesla, and many other EV brands, one-pedal driving is located in a vehicle settings menu.

It will likely take some time to get used to, as the accelerator pedal will likely feel stiffer and more sensitive than you’re used to. Remember, the idea here is to vary your right foot’s pressure and input on the accelerator pedal. Lifting off is decelerating, pressing down is accelerating, but holding steady is maintaining speed. Don’t worry, true one-pedal driving will apply the brake lights under deceleration, just as if the driver had depressed the brake pedal.

Keep in mind that although one-pedal driving will slow a vehicle to a stop, it’s not an entire replacement for friction braking or emergency stops. If the vehicle isn’t slowing down fast enough, then use the brake.

It took me a while to warm up to one-pedal driving. At first, I found the experience annoying. Because I was so used to coasting and cruising with a traditional gas or hybrid car, driving around in one-pedal mode was a jerky mess. Now that I understand how it works, I think it’s the best way to drive an EV, especially in a spirited manner.

Just think about it: Instead of using the brakes or transmission to enter a curve at the correct speed, simply let off the throttle and allow the electric motor to decelerate the vehicle and reach the correct entrance speed for the curve. Then, let that sweet electric torque pull the car out at what feels like the speed of sound. It’s thrifty and exciting, with all that kinetic energy from braking going right back onto the road, and there’s far less waste compared to friction braking and heat losses from a gas car. Cars like the Chevrolet Bolt EUV have regenerative paddles that allow the driver to get even more granular control over the regenerative braking. Holding down the regenerative paddle almost feels like downshifting, as one would pick a lower gear, decelerate, and get ready for a sharp bend in the road. It’s not quite the level of satisfaction gained from pressing a clutch and moving a gear stick in a manual transmission, but it’s pretty gosh-darned entertaining.

Like chocolate avocado pudding or any sweet avocado dessert, I was more than a little skeptical to try new things. Now, I think sweet avocado desserts are superior to savory avocado dishes, and one-pedal driving is the best way to drive an electric vehicle. Try it, you might like it. Besides, it can be turned off completely if you find it not to be your fancy.

The post What Is One-Pedal Driving? appeared first on The Drive.