Why the Cadillac CT4-V, CT5-V Blackwings’ Manual Transmission Is So Good 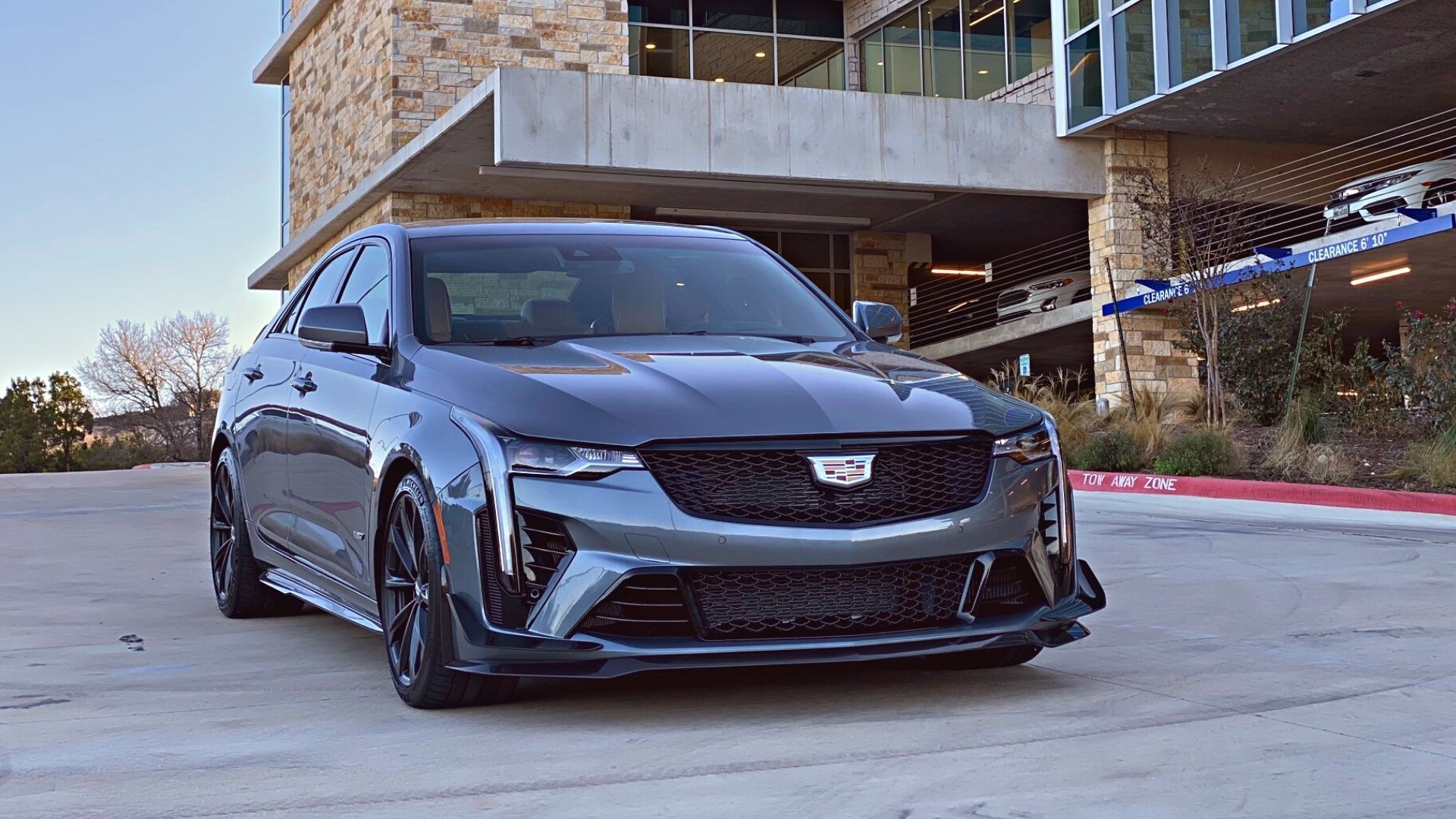 Cadillac’s V-Series Blackwings have Geoff Holbein’s fingerprints all over them. The MT/DCT/BEV Development Engineer has led manual transmission development for the past seven years at Cadillac, starting with the ATS-V. From there, he worked on the Corvette and Camaro and then took over the development of the CT4-V and CT5-V Blackwings “from cradle to grave.” Not that they’re dead quite yet; there are still a few years left of their glorious internal-combustion thunder.

You can thank Holbein for the Blackwings’ outstanding shifting, and I was singing his praises when I took a CT4-V ‘Wing for a spin recently. This powerful car comes standard with a 472-horsepower 3.6-liter twin turbo V6 mated to a Tremec six-speed manual, and it transforms a car from what some consider a stodgy brand into a zesty track monster.

Cadillac says the 2022 CT4-V Blackwing will zoom from zero to 60 mph in 4.1 seconds with the manual and it’s a hair faster with the 10-speed automatic at 3.9 seconds. Trust me when I tell you that taking off from a full stop rockets you ahead at any stoplight, so don’t challenge one to a street race. The throw is short and the forgiveness long, and it’s set up for active rev-matching and no-lift shifting.

Holbein led the integration of the transmissions, the clutch, dual-mass flywheel, the shifter, the clutch pedal performance, and the hydraulics that go along with all of that. That’s no small task, especially looking back to see the uptake in sales for V-Series cars with a manual. And while the transmission starts with components from Tremec, Holbein says they’re molded specifically for these models.

The transmission in the CT4 is almost identical to the one that’s in the ATS-V with some minor differences, Holbein says. For example, there’s a higher output transmission pump in the CT4 version. The CT5 has the same transmission as a ZL1; the only difference is that it has a change in the headset gear, which changed the whine characteristics of the transmission.

On the Blackwings, the transmission feels different because Holbein and his team had the opportunity to start from scratch, he says. They wanted a sportier feel, so they went with a shorter ratio shifter over the ATS-V’s; the ATS-V has a 5.6 ratio shifter and the CT4-V Blackwing has a 5.1.

“It’s actually the same ratio as we have in all of our 1LE Camaros and all the really sporty cars that we make,” he says. However, it still had to please the Cadillac customer base, which tends to look for a more refined experience.

“We wanted to make it like very Cadillac-esque and get rid of all that street-pounder, big-V8 type stuff, and make it as quiet as we can,” Holbein says. “Then we let the exhaust and the engine do all of the singing.”

And sing it does. I found the CT4-V Blackwing didn’t match the CTS-V’s 640-hp supercharged 6.2-liter V8 for meaty power, but I very much enjoyed the smoothed-out edges of the CT4-V Blackwing. Somehow, it suggests the intersection of the future of Cadillac and the best of the past, as it’s the last gas-powered car with a stick shift. Yes, it’s true: this is the last of its kind. But I wouldn’t give up on Cadillac, because the brand is finding its way forward and history proves that it’s stubborn as hell.

“This is definitely going to be our last gas-powered manual,” Holbein says. “I know when you start to get into the EV range, doing a manual transmission is still technically possible but it’s a little trickier. We won’t write that off for the future.”

Got a tip? Comment below or send a note to [email protected]