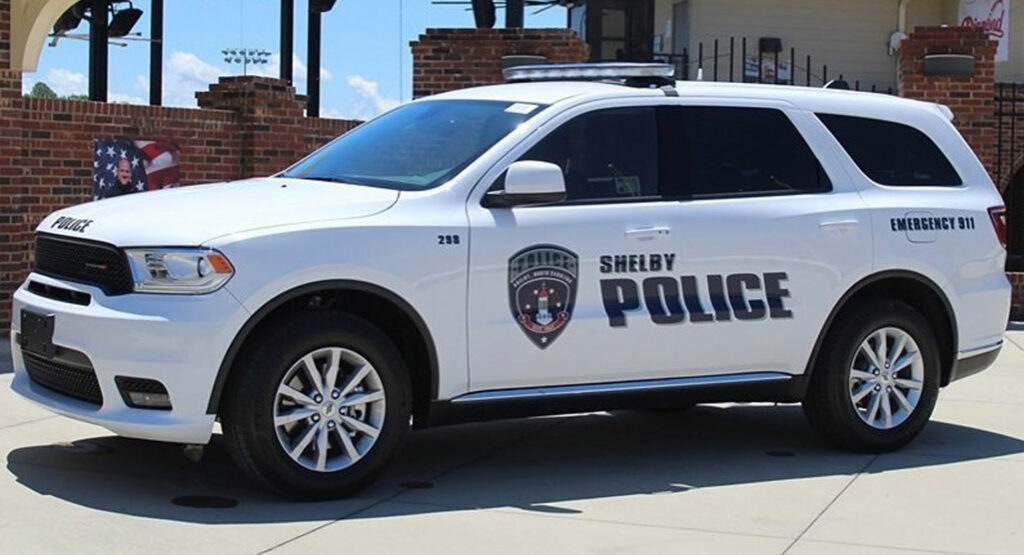 We all make a few bad decisions in our lives, but hopefully they aren’t as stupid as stealing a police car.

That should be an obvious no-no, but it didn’t stop 30-year-old Chelsea Horsley from allegedly taking a joyride in a vehicle belonging to the Shelby Police.

Citing the North Carolina State Highway Patrol, Fox 46 is reporting an officer with the department stopped and exited his vehicle to talk to someone around 11 p.m. on September 4th. As this was happening, Horsley allegedly got into the vehicle and took off.

The Gaston Gazette says she then drove on U.S. 74 into Gastonia, reaching speeds of up to 140 mph (225 km/h) as police pursued her. The joyride eventually came to an end as troopers from the North Carolina State Highway Patrol deployed stop sticks to blow out the tires on the vehicle.

With the tires deflated, Horsley allegedly drove to a Mr. Tire store in the city. Despite being a fitting destination, the woman reportedly refused to exit the vehicle and authorities were forced to break a window to remove her.

It’s not immediately clear what charges the woman is facing, but the Browning & Long law firm notes the state doesn’t have a specific grand theft auto statute so car thefts fall under “general larceny laws.” Considering the value of the car was undoubtedly over $1,000 the woman is most likely facing at least one felony charge.