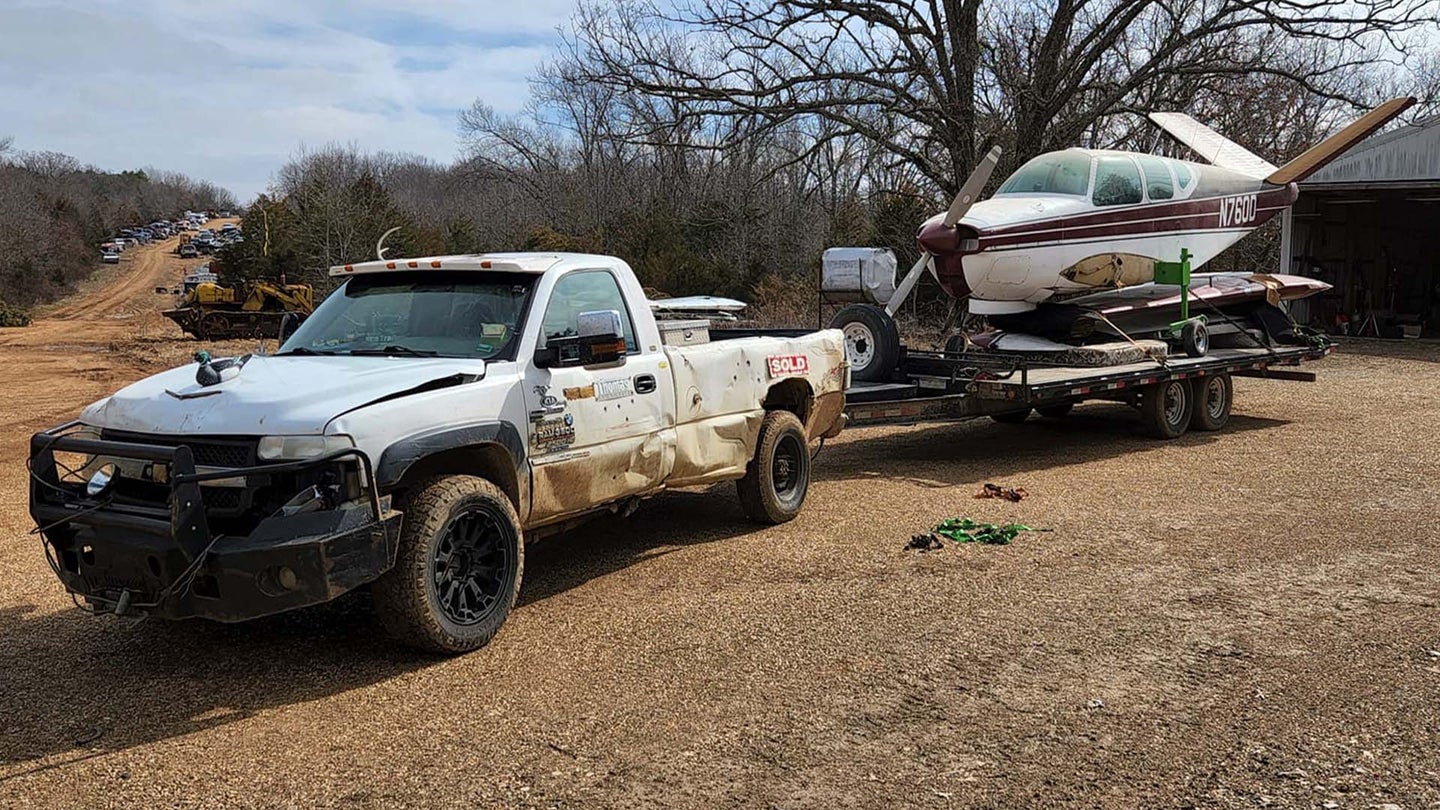 You can’t help but respect a working truck, no matter what flaws it may have—mechanical or aesthetic. That said, nobody could blame you for putting a couple of car lengths between your rig and this absolutely beat 2001 Chevy Silverado 3500 if you saw it on the road. That kinda thing happens sometimes, as its owner Stanley Weeks III tells me, but that won’t stop him from driving it a thousand miles a week with a gooseneck and parts truck in tow.

Weeks bought the GMT800 pickup from a rancher in 2017 with “almost 400,000” on the odometer. He didn’t drive it a ton the first few years, but in the last two or three, he says it’s covered more than 30,000 miles annually. That’s because he uses it to keep his salvage yard stocked, and before he had dedicated machinery, it was even used to push cars from one sunken spot to the next.

“It wasn’t near as bad as it is now, but it wasn’t pretty by any means,” Weeks says of when he scooped it up five years ago. “The whole passenger side of the bed was pretty roughed up and he’d hit three or four deer with it. The front bumper, grille and headlights were all wired on and everything. It had dents and dings all over. It definitely would’ve been classified as a beater work truck.”

“Since then, I’ve basically built my salvage yard using this truck,” he continued. “Back when I first started, I didn’t have any equipment or anything so I’d actually use the truck to push cars around, flip them over and whatnot else. It’s been my designated beater truck ever since I bought it.”

It’s powered by an 8.1-liter, big-block V8 that sends output to a stick-shift ZF6 transmission. That makes it pretty desirable, actually, and Weeks explains that he prefers it over the 6.0-liter Vortec so many other trucks from that generation had. With 340 hp, the 8.1L makes a decent amount more than the smaller engine’s 300 hp, all while spinning at lower rpm. Plus, 455 pound-feet of torque isn’t bad.

Weeks took the truck across the 500,000-mile mark while hauling a classic VW Bus just a week ago. It’s pulled more than a few interesting loads across the country before, like a pair of personal airplanes that he nabbed in Texas. He told me that was likely the most expensive cargo he ever carried with it, though it was far from the heaviest.

“Probably the heaviest load I’ve ever hauled [with it] was when I bought my telehandler,” he said. “The machine itself was around 25,000 pounds and I was hauling it on a borrowed trailer that weighed at least 10,000 pounds. So 35,000 pounds behind a single-wheel truck and it pulled it just fine, 70 mph down the interstate and two hours home.”

The battered brute has achieved celebrity status inside the GMT800s With Threatening Auras group on Facebook. Weeks is an admin there and he’s pretty active, so a good part of the community’s roughly 55,000 members know the truck when they see it. It isn’t really a surprise seeing as the same group champions another guy for growing an umbrella plant in his truck’s rusted-out rocker panel. (Cheers, Al!)

As you can tell, the truck does exactly what it’s designed to. Sure, it catches a lot of attention from other drivers and cops alike, but Weeks says he doesn’t get hassled by the latter too much. He once got a ticket for a smashed windshield in Arkansas, but that’s pretty much it aside from the occasional speeding offense. Even when the taillights were held on with duct tape, they were still functional so officers mostly left him alone; they’ve since been upgraded and are now fastened with straps.

Weeks doesn’t plan to part with the truck that’s helped him build his livelihood, even though his daily driver is a 2015 Chevy dually with the 6.6L Duramax diesel. Sometimes he’ll put that truck on a trailer and drag it around for fun like he did at the Lifted Truck Nationals last year. Instead, he’ll keep soldiering on with the 8.1L truck that’s only needed minor work and a transfer case in the past 100,000 miles.

There’s nothing wrong with getting everything out of a truck, and I don’t think anyone’s gonna outdo this anytime soon.