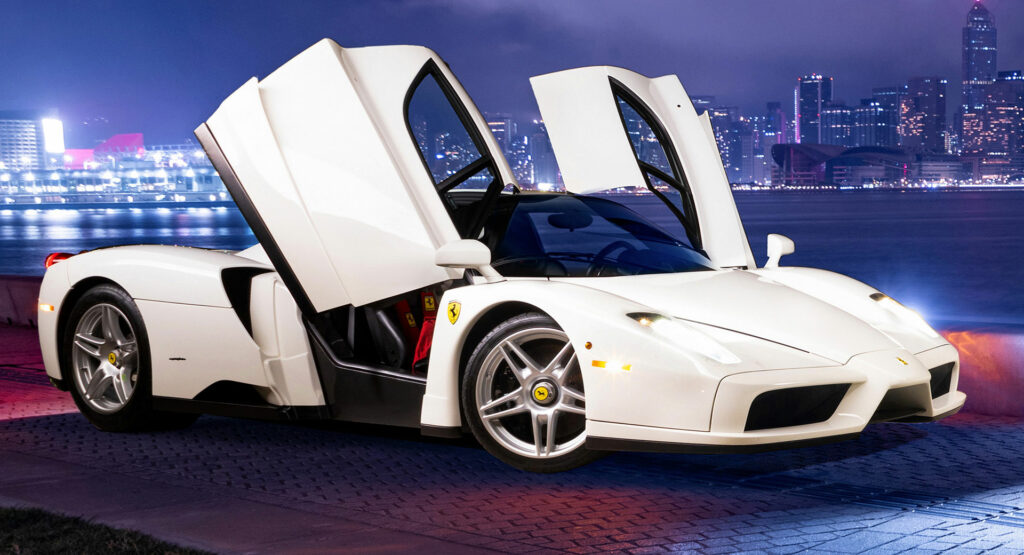 The world’s only white Ferrari Enzo will be auctioned off by RM Sotheby’s on June 29 and could prove to be one of the most expensive units ever sold.

This Enzo rolled out of the factory in May 22, 2003 and is painted in Bianco Avus. It is one of fewer than 20 Enzos that were painted in a non-standard color, an option available only to Ferrari’s most valued clients, and is the only white one.

The listing reveals that the Enzo first landed in the hands of Symbol Automobiles in Matran, Switzerland where it was sold to its first owner, a German-Swiss billionaire. Apparently, they didn’t drive the car very often and it remained in the dealership for quite some time. It was exported to Hong Kong in 2011.

Watch Also: This Ferrari Enzo Is Being Used As A Daily Driver Racking Up 90,000 Miles 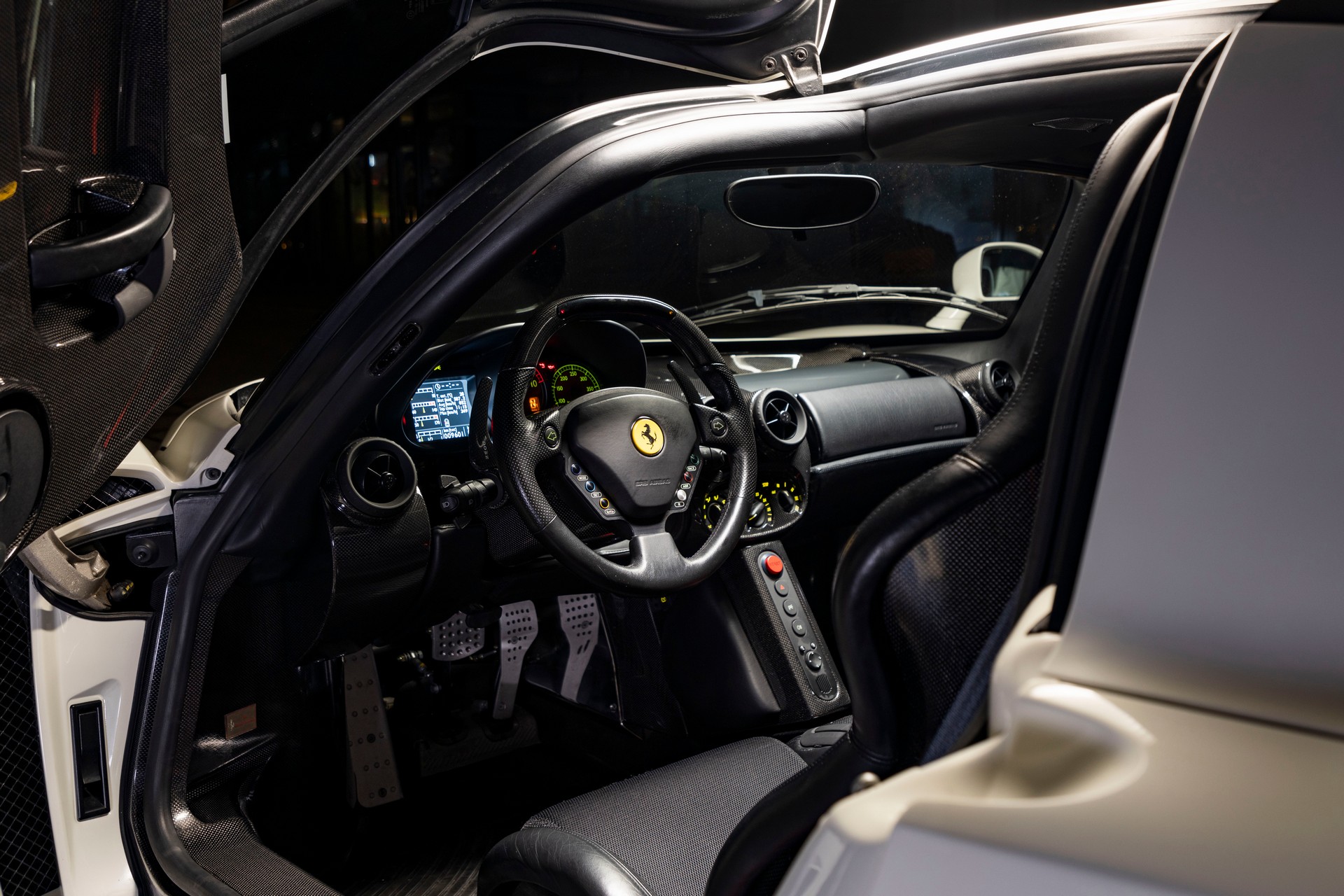 Interestingly, the car was never registered in Hong Kong because it is left-hand drive and instead sat in a significant Ferrari collection. It was awarded with Ferrari Classiche certification in November 2012 and recently received a full service at Hong Kong’s authorized Ferrari dealership, Blackbird Concessionaries. The car is currently in Canada.

Found in the cabin of this gorgeous Enzo is Nero leather adorning the dashboard, steering wheel, and seat bolsters. Numerous carbon fiber components are also visible throughout.

Power comes courtesy of a 6.0-liter naturally aspirated V12 engine that pumps out 651 hp. This example has only been driven 9,600 km (5,965 miles) since new and would serve as the perfect addition to any private collection. Bidding will only be open for 24 hours.