Yes, the Queen’s Hearse Is a Mercedes 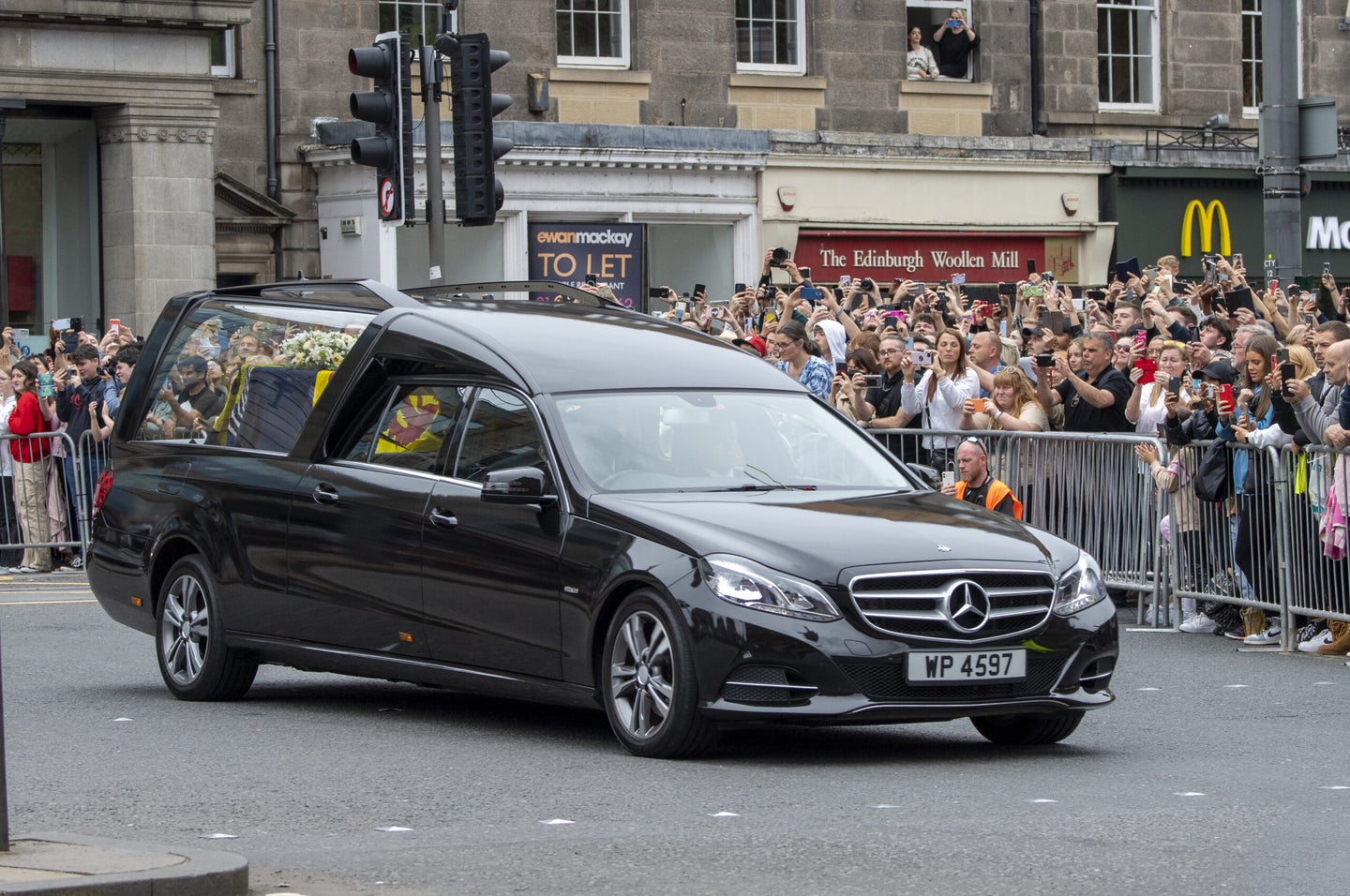 The hearse carrying Queen Elizabeth II’s coffin has drawn attention due to its high-profile job and the fact that it’s surprisingly not British. The black-clad vehicle was charged with carrying the coffin through the streets of Scotland to Edinburgh before its flight to London with the Royal Air Force.

The hearse itself was built by German coachbuilder Binz, as reported by Drive.com.au. The model in question, a Binz H4, is based on the W212-generation Mercedes E-Class, built from 2009 to 2016.

The hearse has an extended wheelbase and an overall length of 236 inches, a full 43 inches longer than the stock wagon model. That allows the car to carry a full-length coffin on the casket deck installed in the rear while still maintaining room for the front and rear seat passengers. The glass house on the rear section for viewing the coffin also raises the height of the vehicle a full 17.5 inches over stock.

Binz has a long history of converting various Mercedes models for ambulance and hearse duty. Its conversions are built using panels made by the same supplier that Mercedes itself uses, giving Binz vehicles a factory-quality finish. The Binz hearses also tend to have a less goofy look compared to similar vehicles built by Duffy Coachbodies, which we’ve seen before.

The vehicle was prepared for the occasion by William Purve Funeral Directors. Typically, the funeral directors maintain their hearses in silver, however, this example was wrapped in black for the occasion.

The fact that the coffin was carried in a German vehicle drew attention, particularly given the hearses used by British royals in the past. Prince Phillip’s coffin rode in the back of a Land Rover Defender built specifically for his funeral. Even longer ago, the Queen Mother’s coffin was carried by a Jaguar hearse.

It’s impossible to be more British than the monarch of Britain, you’d think. Thus, a Rolls Royce or Bentley would have been more fitting for the task. For whatever reason, though, no special effort was made to secure a British vehicle for the job. In a way though, it’s fitting, as the royal family has had a long connection with Daimler vehicles stretching all the way back to 1900.

From Edinburgh, the Queen’s coffin will be transferred to the Royal Air Force for the flight down to London. Initial plans to carry the coffin via train were abandoned due to the impracticality of securing the railway tracks along the entire journey. The coffin will then travel through London via state hearse (which may be British) and gun carriage throughout various ceremonies, before the final burial takes place at St George’s Chapel.

The post Yes, the Queen’s Hearse Is a Mercedes appeared first on The Drive.