You Can Buy a Portal Axle Kit for the Ford Bronco 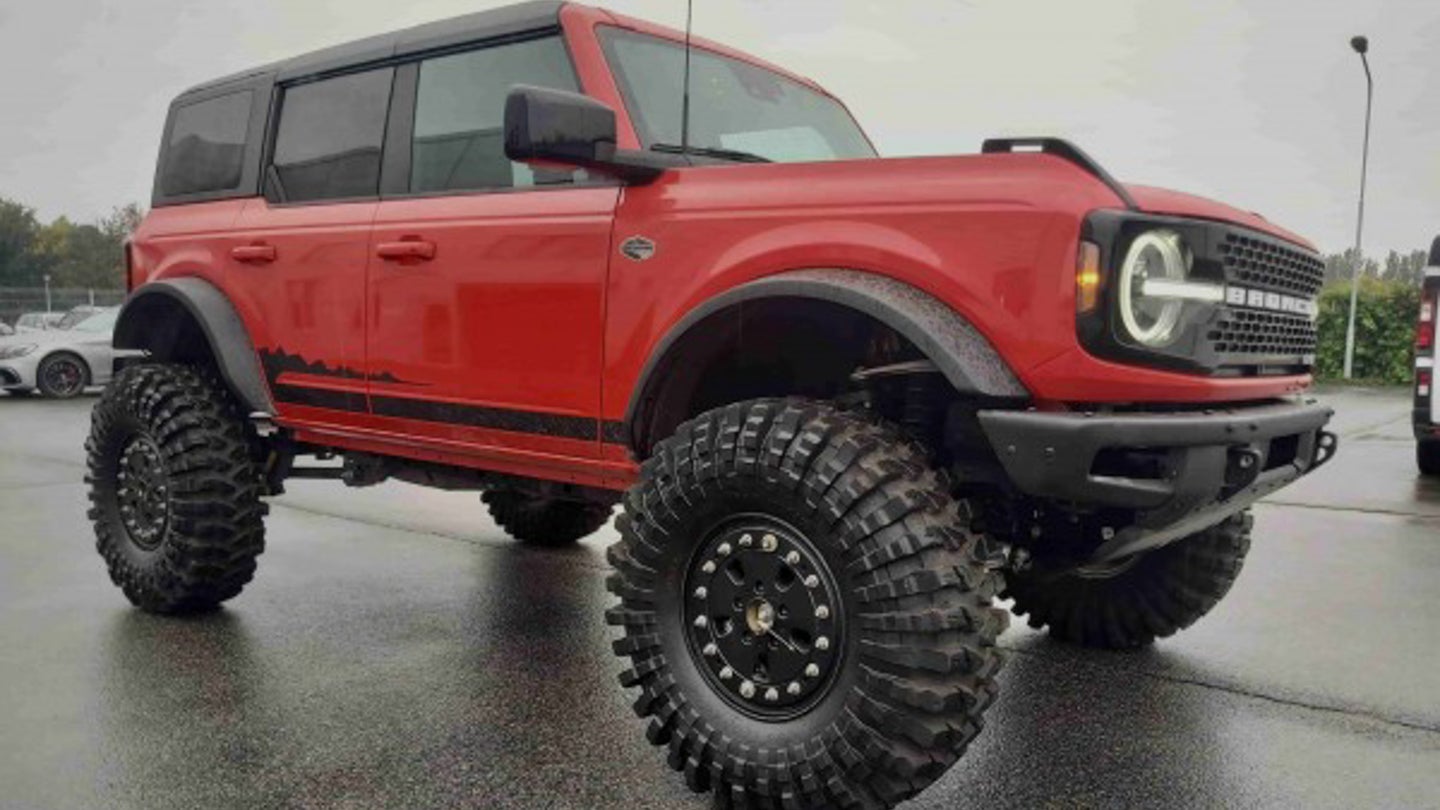 The Ford Bronco is a pretty serious piece of off-road kit right out of the box. But that’s never stopped off-road enthusiasts from making their cars even more extreme. And it doesn’t get much more extreme than adding a set of portal axles to your car, which you can now do to the Ford Bronco with this new kit from Werewolf Tech.

What is a portal axle? It’s essentially a gear set attached to the axle, which raises the axle height above the wheel’s center line. The purpose of that is to give a vehicle an increased axle height and therefore increased ground clearance. Werewolf’s portal axle kit for the Bronco is said to bump its ride height by 130 millimeters (5.1 inches). Werewolf also says its portal axle kit reduces the gear ratio by 35-percent, which increases torque.

The SUV that brought portal axles into the mainstream was the Mercedes-AMG G63 4×4 Squared (and 6×6), which came with such axles from the factory. However, factory-fitted portal axles are incredibly rare. Plus, the G63 4×4 was around $225,000 when it first debuted. The Ford Bronco starts at just under $34,000 and this portal axle kit is $16,000. So it’s a helluva lot cheaper to go with the Bronco and just add this kit.

This Werewolf kit is bolt-on, so it doesn’t require any major modifications. With it, owners a can also fit much larger wheels than they could with a stock Bronco, further increasing its off-road capability. More importantly, though, portal axles are just cool. They were cool when Mercedes put them on the G63 and they’re cool as aftermarket parts for the Bronco.

It’s unclear if this portal axle kit will fit the Bronco Raptor, as that has upgraded half shafts for its beefier Dana axles. Not that the Bronco Raptor needs anymore off-roading capability, as it’s one of the most hardcore off-roaders you can buy. But it would be interesting to see if it could be made even more hardcore.

Have any tips? Send them over to [email protected]

The post You Can Buy a Portal Axle Kit for the Ford Bronco appeared first on The Drive.