You Can Buy a Toyota GR Corolla Crate Engine, but It’s Tricky 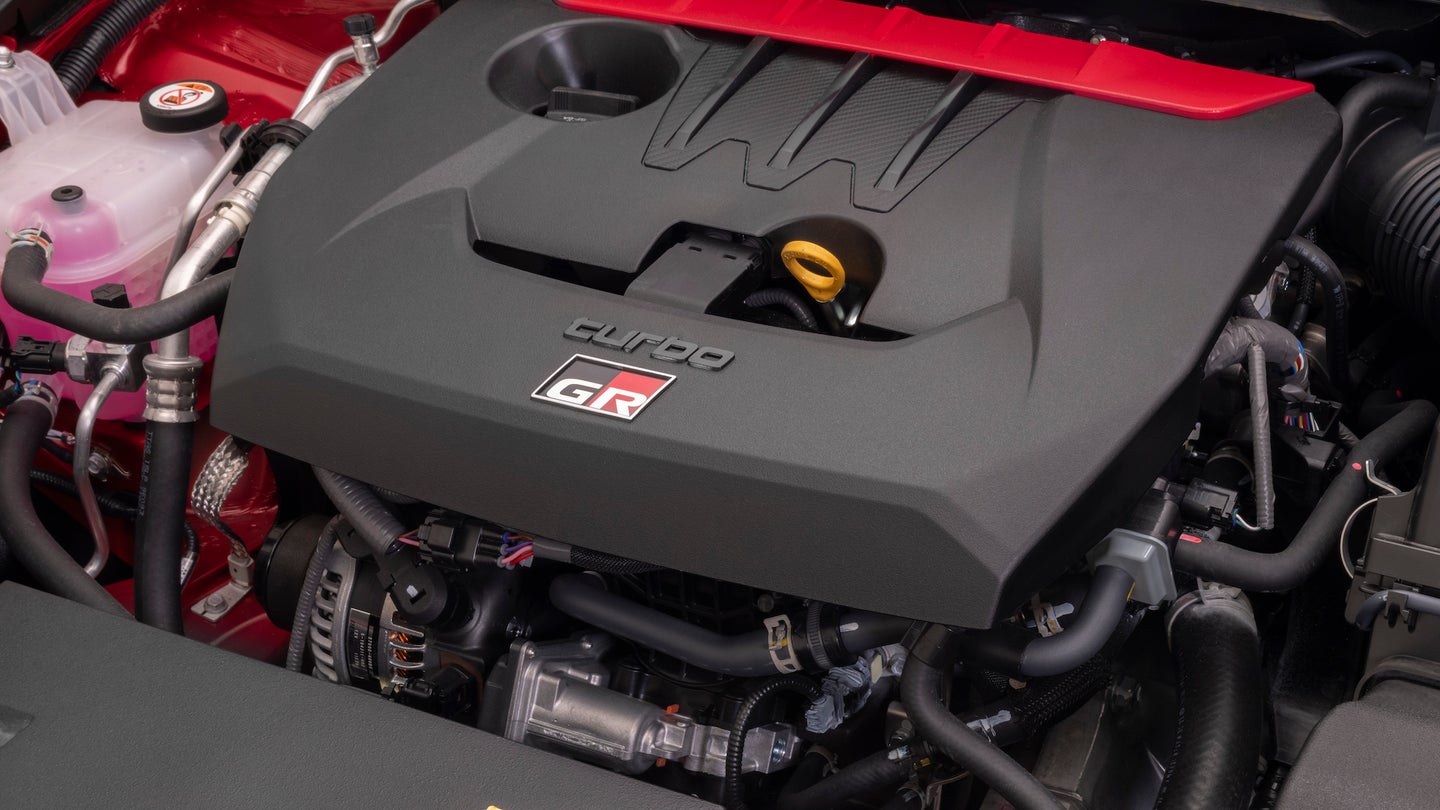 Snagging the furious little three-cylinder from a 2023 Toyota GR Corolla won’t have to wait for someone to wrap one around a pole: Toyota will apparently sell you one now to install wherever you please. The only problem is the buying process isn’t straightforward, and the engine sure isn’t cheap.

Why you’d want the engine from the GR Corolla is simple—its 1.6-liter turbo three-cylinder, called the G16E-GTS, is overbuilt in the Toyota tradition and can deliver at least 472 horsepower with just a few mods in the GR Yaris. It has the same potential in the GR Corolla, making Toyota’s first hot hatch in the U.S. since the Matrix XRS an attractive tuning option. There may be a way around its limited production too, as its engine is already available separately from Toyota. Buying one, however, isn’t easy.

Importers in countries where the GR Yaris is sold, such as Britain, have specialty importers offering both long- and short-block versions of the G16E-GTS. (That’s with and without the cylinder head for those of you who don’t wrench.) They’re not getting them from wrecked cars either, as Speedhunters reports, you can buy them from Toyota Japan for about $6,500 plus shipping. That presents its own problem, though.

Because the GR Corolla is only just hitting dealers, it’s not listed on Toyota’s official U.S. parts site, which has no obvious Japan-market parallel. There’s a section of Toyota Gazoo Racing‘s site with a catalog of parts for various cars, the GR Yaris included, but the engine isn’t listed among them. Fortunately, the long block’s part number is listed by a U.K.-based importer as 19000-18210, which multiple U.S. Toyota dealers list as being in stock. Don’t pop the champagne though, because when we called one, their parts department told us it had been discontinued—entering the number into Toyota’s official parts site gives the same result. That means it’s in the database, but it’s not in stock.

In other words, the G16E-GTS isn’t available from Toyota in the U.S., at least yet, leaving those U.K. importers as the only options. They aren’t quick or cheap either, as both importers we found appear to have the engines on special order and at extreme prices. JDM Garage UK quotes the equivalent of $15,820, and that’s before shipping to the U.S., or the additional taxes and tariffs that may pile up on top of that.

So, GR Corolla engines are out there, but they aren’t at all easy to get, much less cheap. While the part is clearly in Toyota U.S.’s database, we can’t be sure Toyota will sell it here—we reached out multiple times to confirm and haven’t heard back. For now, your options are ordering from the U.K., learning Japanese, or simply waiting for someone to crash their GR Corolla. The odds of that are pretty good, but it won’t be a day to celebrate when it happens.

The post You Can Buy a Toyota GR Corolla Crate Engine, but It’s Tricky appeared first on The Drive.