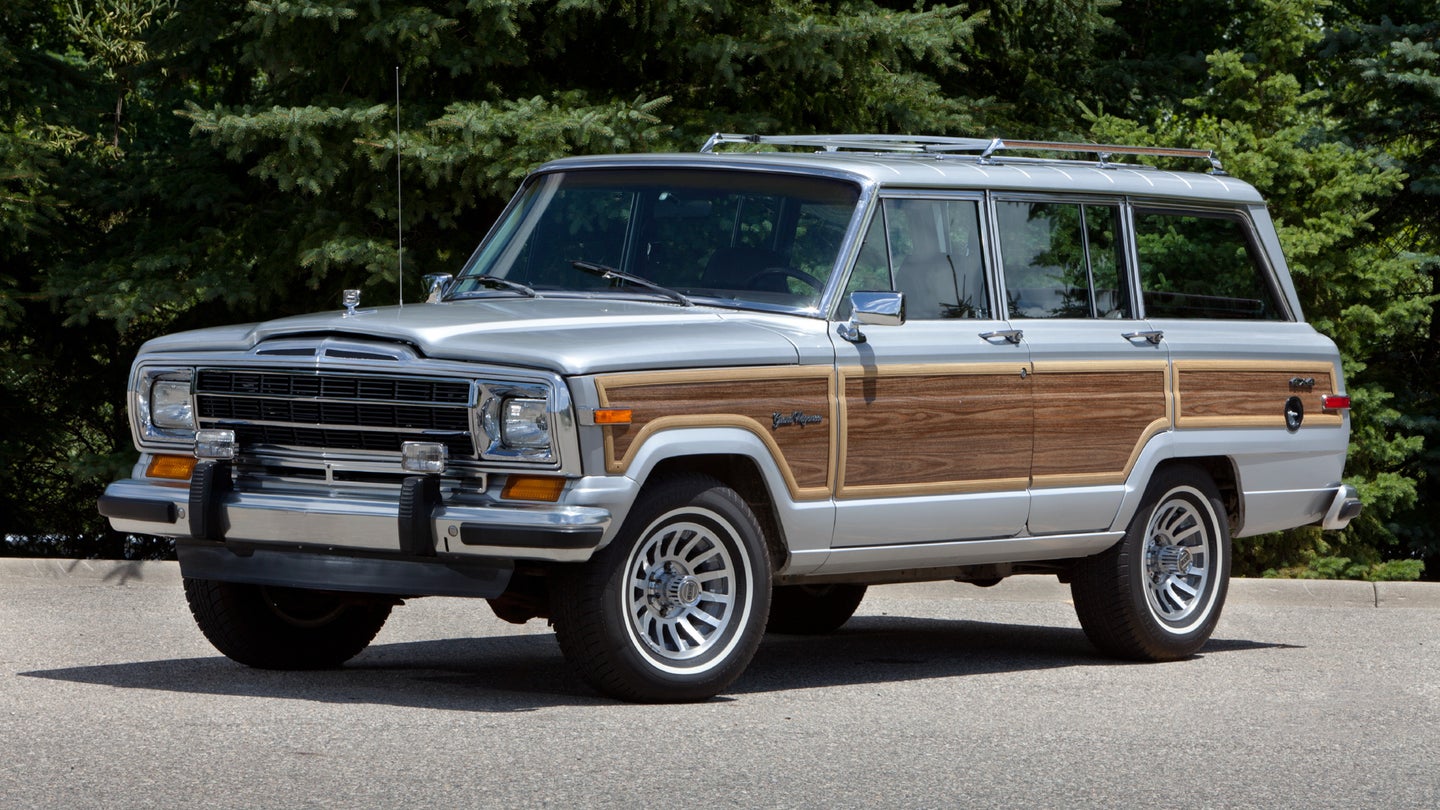 The Grand Wagoneer is back, of course, but Ghost Garage is here with a vehicle for those nostalgic for the original. The startup announced its first product, an EV restomod of the 1989-1991 Jeep Grand Wagoneer, and it’ll only set you back roughly the median price of a house in South Dakota.

The only render on the Ghost Garage website looks to be a standard ’89 Grand Wagoneer. The company has a single landing page, shown above, which shows everything available about the project publicly, and it’s a bit scarce on specifics. The company is made of engineers from the Osirius Group, a company focusing on consulting in automobile manufacturing, and Osirius posted an announcement about the startup on its LinkedIn page. In that post, the reasons given for focusing on the Grand Wagoneer were that its large size makes it a practical choice for an EV conversion and that one of the Group’s cofounders was inspired to get into the auto industry because of her love for the boxy Jeep. The Drive contacted a spokesman for Osiris, and he was able to give some more details about the project.

According to the spokesman, the company began the Jeep resto-mod project partly because Osirius’s work in the auto industry is largely confidential, and it wanted a showcase for its abilities that could be publicly shared. The company isn’t shooting for high volume—indeed, it’s likely that total production will be in the low teens—but wants to show that it can engineer and build a resto-mod as a technology and product demonstration. The company is still working on its first prototype, and the drivetrain and battery pack are still to be determined, but both will be off-the-shelf from either an OEM or a first-tier supplier. The company is securing the donor cars itself and that cost is baked into the $295,000 base price; customers will be able to fine-tune their orders, but the spokesman stated Ghost Garage’s goal is to keep the exterior as OEM as possible, but the interior can be whatever you want. In his words: “if you want Recaro seats in it… we’ll figure that out.” First deliveries are projected to happen in summer 2023. The spokesman told me that “more specs are to come.”

The Grand Wagoneer originally made 140-ish hp from its 5.9-liter V8; it’s unclear what reinforcements the chassis would need to handle 500 hp without stress. A similar project was doable for Ford, admittedly, with the Eluminator truck concept powered by a pair of Mach-E GT motors at the front and rear putting out a combined 480 hp, but that was a SEMA one-off and not intended for production, and it had the support of an entire OEM behind it.

The post You Can Buy an Electric ’80s Jeep Grand Wagoneer for $295,000 appeared first on The Drive.