You Can Buy This Race-Winning Acura Daytona Prototype Race Car 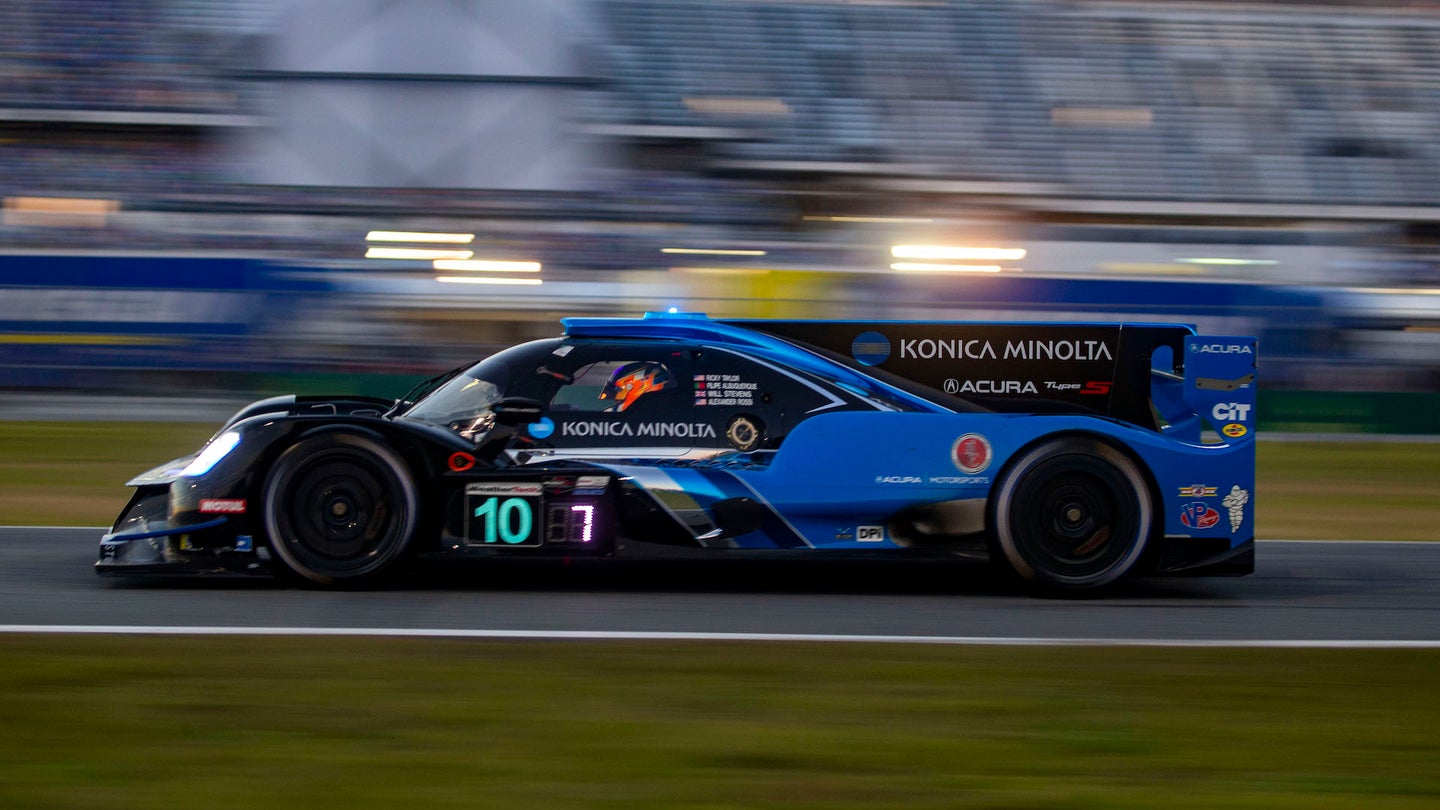 What do you gift someone who’s already got it all? Well, how about a flippin’ race car? I really hate to play into this cliche (or lead with Acura’s tagline for its press release) but it’s true. If I were a millionaire and already had the fancy homes, swanky choppers, hot supercars, and lengthy vacations in the South of France, I’d be pretty hard to impress during the holidays. The only logical solution for this illogical scenario would be for my family to gift me a race-winning Acura ARX05 Daytona Prototype race car.

If the above sounds like your current life situation, there’s a real one up for auction on Bring a Trailer right now. Assembled by Wayne Taylor Racing in Dec. 2021 for the 2022 racing season, this specific Oreca chassis and Honda powerplant saw a total of 10 races this year in IMSA’s DPi category. It flew under the No. 10 of Ricky Taylor, Filipe Albuquerque, and Brendon Hartley while scoring wins at Laguna Seca, Mid Ohio, Watkins Glen, and Road America.

Further enhancing this car’s credentials, it’s also responsible for setting the pole position for the 2022 Rolex 24 at Daytona, which is no easy feat, lemme tell ya. Unfortunately, it wasn’t this Acura that won the race—that honor belongs to another Acura, run by Meyer Shank Racing. The No. 10 also set poles at Laguna Seca and Road America.

Under that massive engine cover sits a 3.5-liter AR35 twin-turbo V6, which is paired to an Xtrac six-speed sequential gearbox operated via paddle shifters. Specs on these engines can vary depending on the level of tune and prep, but it puts out roughly 600 horsepower, making it capable of reaching more than 200 mph depending on its aero settings. Oh, and did I mention it only weighs around 2,000 pounds?

A double-wishbone pushrod suspension provides support while the Brembo six-piston brake calipers with AP Racing carbon rotors handle the task of stopping, tucked behind staggered-width 18-inch Rotiform forged aluminum wheels. Cosworth electronics and a McLaren ECU keep all of the car’s systems running in tip-top shape, while the driver controls the machine via an Oreca steering wheel with an inset MoTeC display. It all sits on a carbon fiber monocoque produced by Oreca that’s homologated for IMSA.

Last but not least, the prototype comes adorned with the livery (and maybe even a bit of dirt) from the car’s final race at Petit Le Mans in September 2022. The car itself isn’t being sold by the team but by Honda Performance Racing Development and is offered with a bill of sale from the State of Indiana.

The post You Can Buy This Race-Winning Acura Daytona Prototype Race Car appeared first on The Drive.