You’ll Either Love Or Hate This Widebody C8 Corvette Stingray

The 2023 Chevrolet Corvette Z06 may be the ultimate version of the C8, at least for now, but in terms of making a statement, we think this particular Corvette Stingray beats even the Z06.

Starting out life just like any other C8 Corvette Stingray, the car is equipped with both the 3LT trim level and the Z51 package. It has then been extensively modified, so much so that it has an asking price of $158,795, which seems rather hefty to us.

The most significant alteration made to the sports car is the fitment of a Pandem widebody kit. This kit includes a distinctive front splitter extension, unique side skirts, a huge rear wing, a bold rear diffuser, and the obligatory flared front and rear wheel arches. While the looks won’t be to everyone’s taste, there’s no denying the car’s road presence. 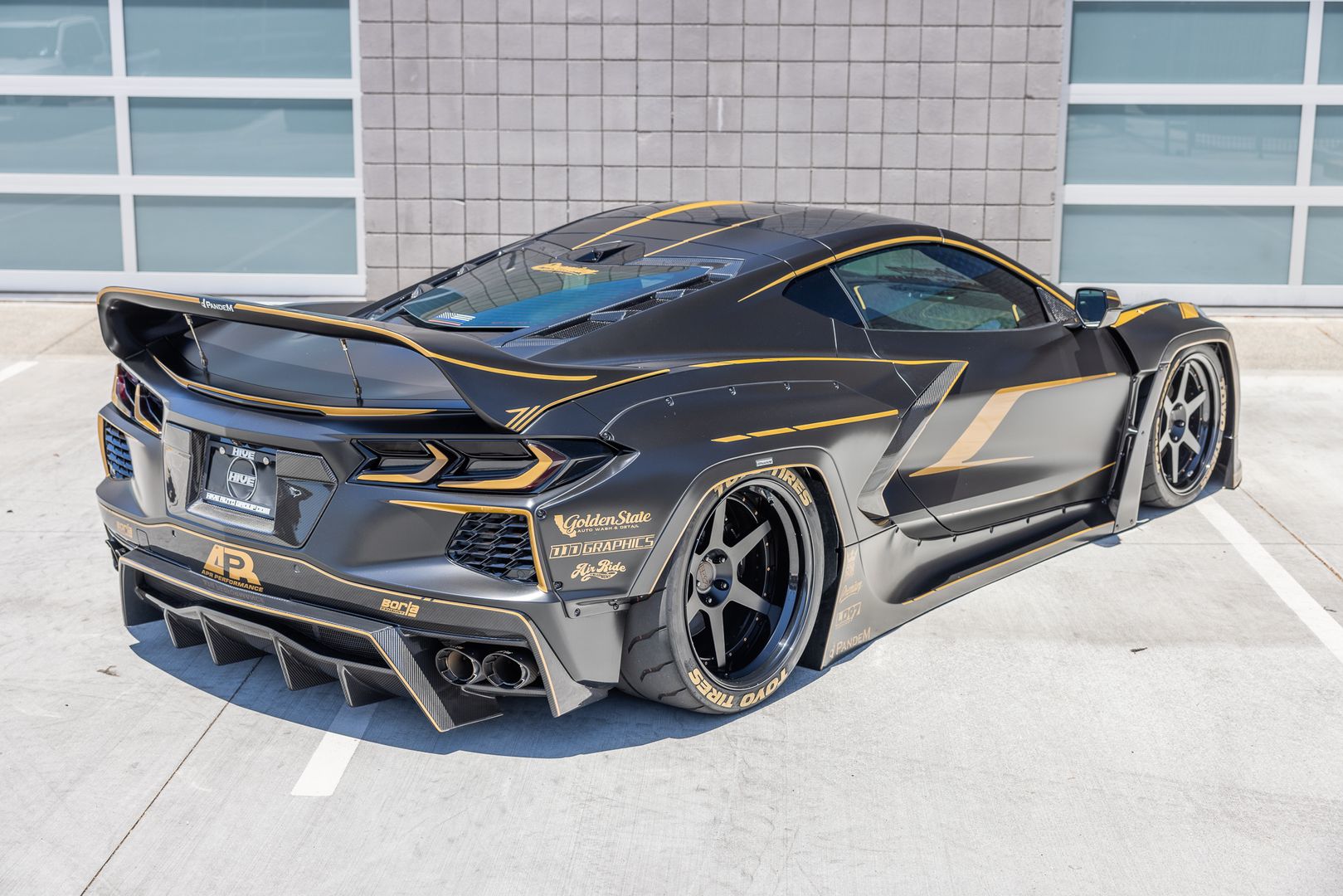 Complementing the Pandem widebody kit are a handful of other upgrades. These include the fitment of three-piece forged wheels measuring 19×9.5 at the front and 20×12 at the rear. There is also a carbon fiber roof from Sigala Designs, carbon fiber side air intakes, a custom matte black and gold wrap, and an air suspension system that allows for the ride height to be easily adjusted. A Borla exhaust system has also been fitted.

The car has been listed up for sale through Hive Auto Group which makes no mention of any engine upgrades the car may have received, indicating the 6.2-liter naturally aspirated V8 remains stock. The listing does confirm the ‘Vette has been driven a touch over 20,000 miles (~32,000 km).

The car’s asking price will no doubt cause some debate. An asking price of almost $160,000 will likely prove to be roughly double the price of the 2023 Corvette Z06 when it hits the market and we know which of the two we’d rather own. However, judging by the recent sale of an extensively modified Corvette Stingray from Sigala Designs for a claimed $180,000, there’s obviously demand for cars like this.