YouTubers Turned a Tesla Model 3 Into a Giant Tank. But Will It Work? 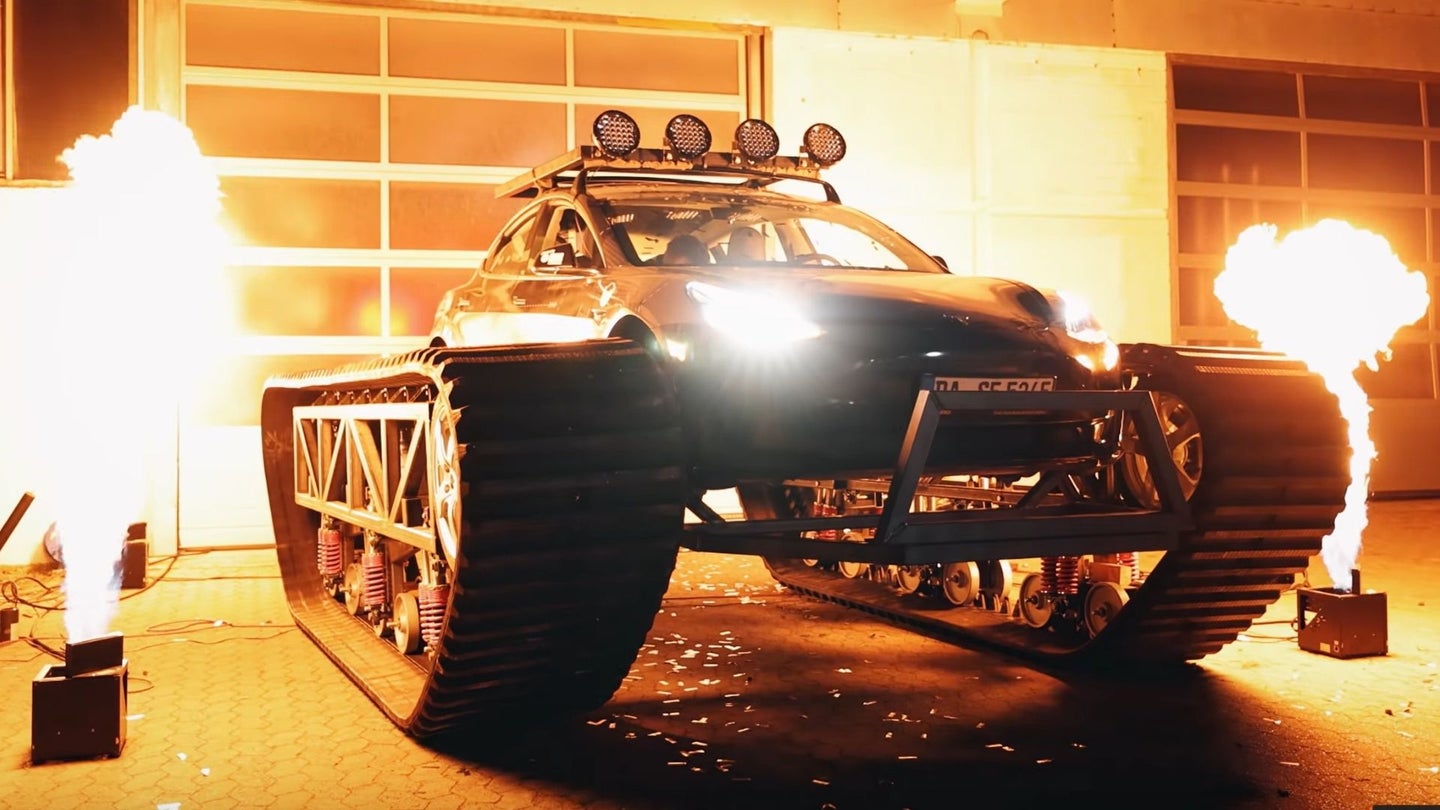 Watch out, Hummer EV, because a few YouTubers with a dream decided that they needed to transform an ordinary Tesla Model 3 into a massive six-ton electric tank. The German builders from The Real Life Guys are known for some wild creations like a bathtub submarine and an awesome off-road wheelchair, and this latest project was funded by Autohero, an online used car market.

We got the tip from Electrek, which covered this freakish mashup. According to The Real Life Guys YouTube channel, the build took place over the course of four weeks “day and night,” most of that focused on the giant chains. The creators tested out the first chain by towing it behind another vehicle and jumping on, running on top. Then they build the second chain and a platform to lift the Model 3 into place to connect the tracks.

“The chains are super high,” one of the builders says in the video. “It’s not going to be easy to attach the Tesla to them.”

I’ve seen a GMC Sierra on tank tracks and even a Nissan Altima, but never a Tesla Model 3; this is a new one. I approve, though: if there’s one way to make a Tesla extra cool, it’s 1.3-ton chains. Forget Ludicrous mode, because this kind of build turns an ordinary EV into a go-anywhere monster. With 31 inches of ground clearance, you could go into the wilderness as long as there’s a charging station somewhere within range. However, the chains surely reduce the range by a lot; I’m hoping they test it out and report back on an actual number.

The fun part is that they pranked their best friend Eric, wrapping the tank just like his so that when they revealed the vehicle at the completion of the build, he was convinced it was his Model 3.

No word on the total cost for this, but between the humongous chains, 12 springs, and all of the fabrication, I’m guessing this is not a project for the average person and it’s not likely to go mainstream. Enjoy it in all of its glory, because you may not see another one any time soon.

Got a tip? Send a note to [email protected]

The post YouTubers Turned a Tesla Model 3 Into a Giant Tank. But Will It Work? appeared first on The Drive.