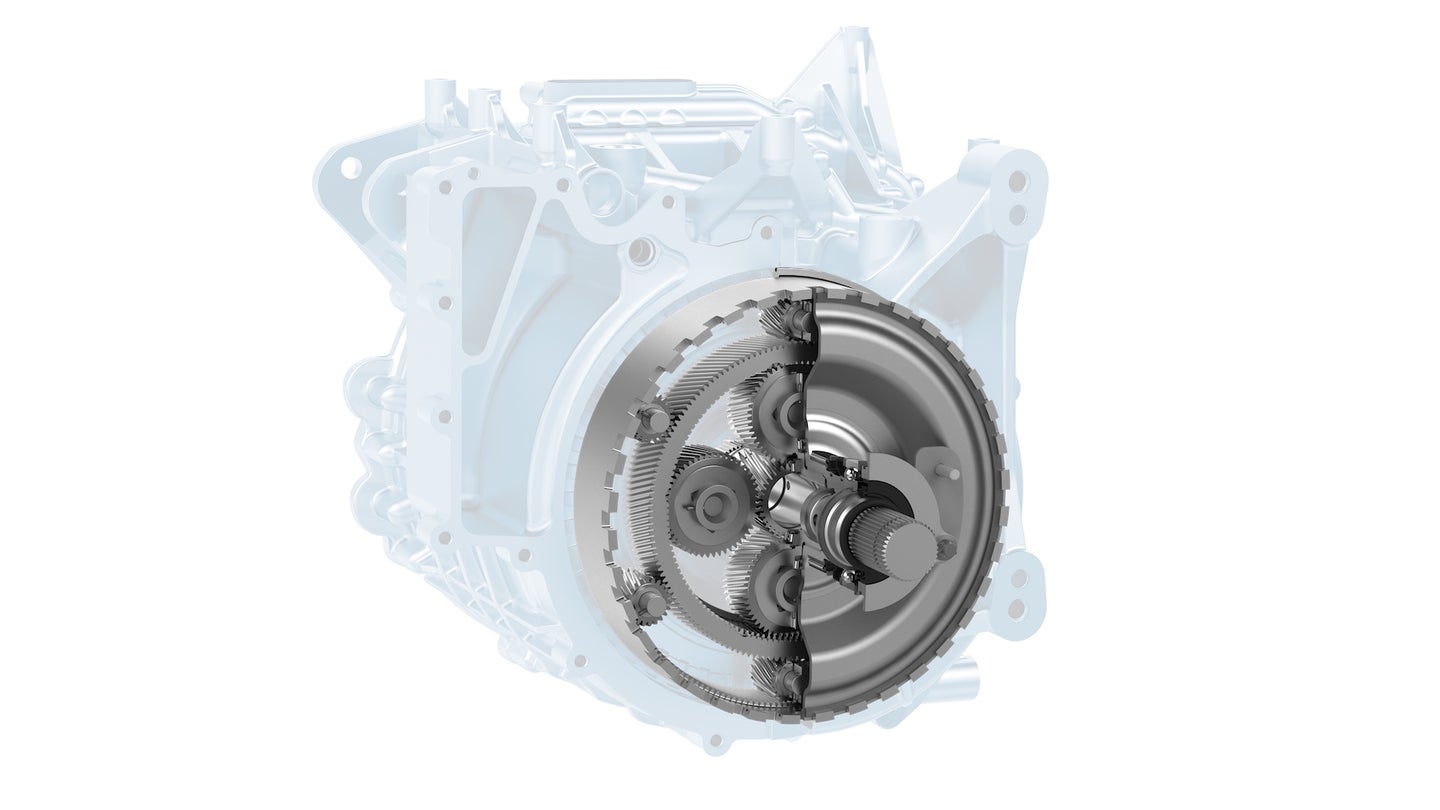 Noted automotive supplier ZF has announced it will build modular drive units for light-duty electric vehicles, which it plans to make available starting mid-decade. They’re improvements on first-generation units in multiple respects, but the integration of transmissions comes as the single biggest philosophical change to the industry’s approach to EVs.

ZF says the units, which it calls “e-drives,” are meant to be built in three basic configurations for passenger cars and light commercial vehicles. (In other words, vehicles you’ll see in everyday life.) The units consist of a motor, inverter, controllers, transmission, and software, each of which have been optimized to reduce cost, size, and improve performance.

ZF claims to have improved power density using oil-flow cooling, increasing the units’ continuous power rating to 85 percent of their peak power. That allows motors to use more of their potential on a regular basis, permitting smaller motors to handle heavier applications, increasing efficiency. ZF says the use of braided windings in the motors reduce their volume by about 10 percent, and material use by just as much. Its design also allows it to significantly reduce the use of heavy, expensive rare earth minerals.

Further enhancing performance and efficiency are integral planetary gear sets; the wizardry that makes automatic transmissions work. ZF would know a thing or two about transmissions. They will offer a combination of forward and reverse speeds, much like in the Porsche Taycan and the prototype Mercedes-Benz EQG off-roader with their two-speed drive units. The gear sets are also designed to function as a differential, though whether there are separate planetary gears for each axle isn’t clear. If so, that could allow axles to turn opposite directions, for a function akin to Rivian’s (unreleased) Tank Turn. The efficiency gains offered by multi-speed transmissions, however, are by far their biggest selling point.

ZF says it plans for its “e-drives” to hit the market in 2025, and claims it already has an order bank equivalent to almost $26 billion. It says components of the units will go into production sooner than that, and be available individually. As ZF is more an industry supplier than a consumer-facing business though, it’s not likely these will be available for small-time EV hotrodders to buy.

There are already plenty of options for EV enthusiasts, however, from prefab drivetrains packaged to look like classic combustion engines to tried-and-true drive units from wrecked Teslas. And when people start to crash cars these ZF units end up in (which they will), then people can put them to use in their own EVs too.

The post ZF’s Multi-Speed Electric Drive Units Make a Case for Transmissions in EVs appeared first on The Drive.